The New Zealand driver Brendon Hartley is vowing to return to Formula One, saying he has unfinished business in world motorsport's glamour category. 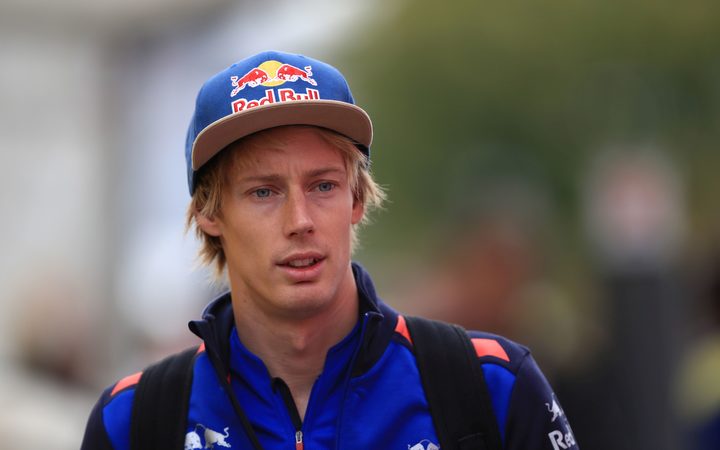 It was confirmed on Tuesday that Hartley is to be replaced in the Toro Rosso team after a little more than a year with them.

Hartley, who picked up just four championship points this season, has lost his seat to the Thai-British driver Alexander Albon.

Despite the news, the 28-year-old was taking an optimistic approach to what lay ahead in his career.

"I'm very proud of my journey so far but am left feeling I have unfinished business in F1," he posted to social media on Wednesday.

"For the moment that has been put on hold. I've hit speed bumps before and I am a strong believer that tough situations make you stronger, it also helps that I have a great NZ support crew, family, friends and wife.

"I also want to thank my trainer Rich and almost all of the 500 strong Toro Rosso staff who I have stood beside and have enjoyed working with ... and of course all at Honda Racing."

That gratitude had been returned in differing fashion by Toro Rosso and Honda, who provide the engines that power the team's cars.

Other than a short message on Twitter thanking Hartley and wishing him the best for the future, Toro Rosso had not made any public statement on Hartley being dropped.

However, Honda had been much more generous in their parting words for Hartley.

"[He] gave everyone at Honda so much power and confidence in what we were doing this year, after several difficult sessions.

"I particularly remember when he qualified sixth at our home race in Suzuka. That meant a lot to Honda."

Honda Formula One technical director Toyoharu Tanabe added Hartley's off-track expertise had been a feature of his team with the team.

"He was always very strong on the engineering side, always giving very precise and useful feedback, based on his great experience working with hybrid power units and as a double world champion and Le Mans winner in LMP1.

"That feedback accelerated our development in terms of set-up work, which helped us progress over the course of the year."

While a role as an Formula One reserve driver or a spot alongside countryman Scott Dixon in America's IndyCar series have been mentioned as possible landing points, Hartley did not comment specifically on what his immediate future held.

He was adamant, though, his career prospects were still bright.

"I still have plenty more pages to write in my story and will make the most of the opportunities in the next chapter!".