The Black Ferns captain Captain Captain Fiao'o Fa'amausili has announced her retirement from international rugby in the wake of the side's suprise 30-27 loss to France at Grenoble.

Fa'amausili retired from the Black Ferns after last year's World Cup win but came had a change heart and came out of retirement to take up one of the side's inaugural professional contracts.

But Fa'amausili and veteran loose forward Linda Itunu have both played their last game for the New Zealand women's side this morning and were farewelled by the side at fulltime with an emotional haka. 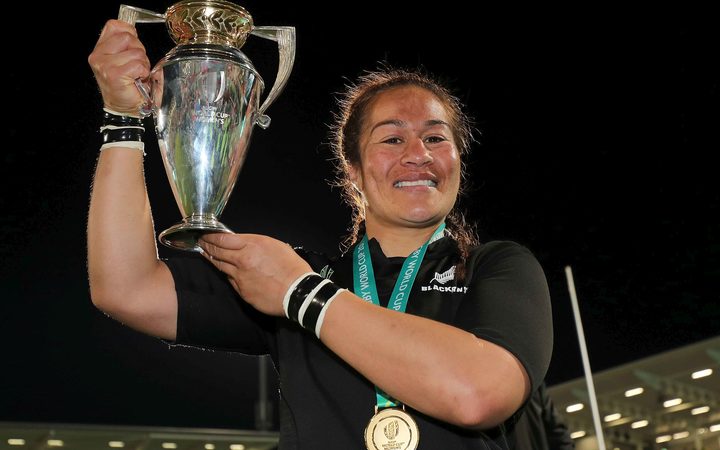 "It was very very emotional. Just looking at the girls doing the haka at the same time with tears is pretty emotional but I am so proud of them. We are one big family and when one person cries everyone cries."

At 38 Fa'amausili is adamant there will be no going back on retirement next year.

"Rugby has been a big part of my life and it still will be but I just won't be taking the field alongside the girls. I've played my part in helping, progressing and nuturing players and so now I need some 'me time'."