All Blacks coach Steve Hansen expects "a trick or two" from Ireland in their Test in Dublin this weekend, suggesting all of their opponents find a way to improve their game against them. 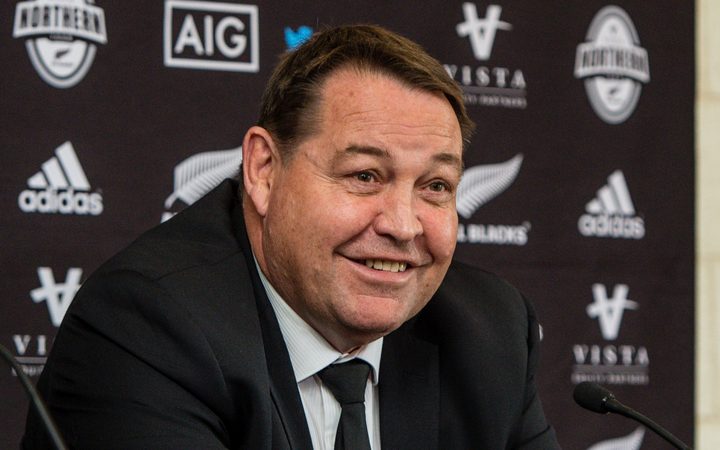 The eagerly-anticipated clash at the Aviva Stadium pits the top two teams in the world against one another, with no less of an intriguing sideshow the battle between Hansen and Ireland coach Joe Schmidt, tipped as his possible successor when he leaves his post at the end of the next World Cup.

Hansen said earlier in the week that the winner of this match could call themselves the best team in the world and he expects Six Nations champions Ireland's eagerness to claim a first ever victory over New Zealand in Dublin to translate into an intense battle on the pitch.

"When they don't get what they want with that they'll take to the air and they've got a good kicking game. You've got to admire all of that, it's winning and they'll punish you.

"They'll find a weakness. He's pretty good, Joe, at finding a trick or two, so we'll be expecting one or two coming our way on Saturday."

Hansen says Schmidt has managed to get the best out of the players at his disposal and uses their individual strengths as a team collective.

"Each coach has got to coach the group of athletes the way that best suits them. That was something I found out when I was in Wales: you might have an idea of how you want to play, but if you don't have the athletes that can do that you have to re-jig your thought process," he said. 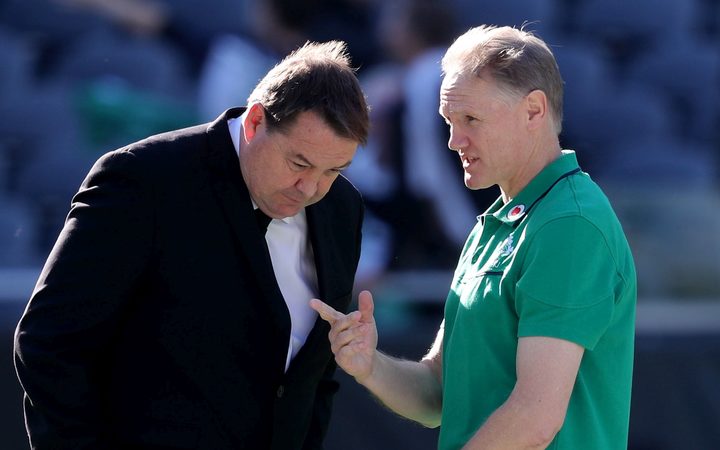 Steve Hansen said he will be happy to offer his advice to Ireland coach Joe Schmidt. Photo: Photosport

Hansen expects Ireland to raise their level further, given the chance to put down a massive marker ahead of the World Cup in Japan next year.

"What most people don't understand is that everybody we play has the game of their lives, because we're the team that they want to beat and they get up for it," he said.

"Sometimes it's a real battle. This time of year particularly, we're coming to the end of our season and we've got to find ways to get energised and play with real purpose."

Hansen remains confident the All Blacks will grab a second successive win on tour after they came back from 15-0 down to defeat England in torrential rain last weekend.

"You've got to be confident when you've had the success that this team has had. You have got to keep your self-belief, they're very good at finding a way when things are not going the way they want them to go."