Eddie Jones was so upbeat after England's one-point defeat by New Zealand on Saturday that he would probably have had to be scraped off the ceiling had Sam Underhill's late try not been ruled out for offside. 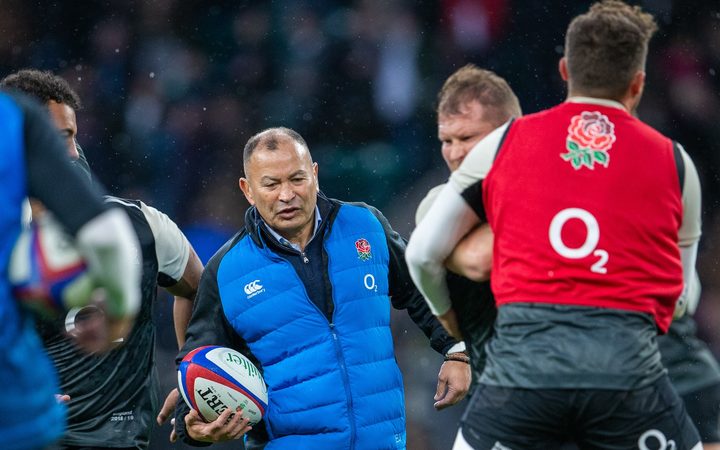 Trailing 16-15, England thought they had snatched it when Underhill scored after a charge-down with four minutes to go, only for the TMO to rule out the score for an offside decision against Courtney Lawes.

That condemned England to yet another defeat at the hands of the world champions, who have now won 15 of the teams' last 16 meetings, but Jones took the preferred coaching path of looking for the positives having been on the right side of a single-point margin against South Africa last week.

"It was a fantastic game of rugby. We're obviously devastated but you take the good with the bad and we'll take a lot from that," Jones told reporters.

"We had opportunities to win the game. We didn't take them, they did so they deserved to win but it was a good test match tussle that we are only going to improve from.

"It was a really good step forward because you benchmark yourself against New Zealand and we will get a lot of reward for the work we've done."

England got their reward on the scoreboard, tries for Chris Ashton and Dylan Hartley helping them to a fully deserved 15-0 lead after 25 minutes as the All Blacks made a series of errors in difficult, wet conditions.

The world champions fought back to edge ahead after an hour but, for once, they did not forge clear in the final quarter in a gripping, hugely physical battle.

"I thought we played the final 20 exceptionally well. If you look at any sort of metrics in the last 20, we won it and we'll take enormous confidence from that," Jones said.

"New Zealand generally run away from teams in that area and they couldn't. They couldn't break us. In fact, we finished stronger. If we'd kept going for another five minutes, we would have got them. We're excited about where we're going."

England fans might rue two decisions to kick to the corner from two penalties well within Owen Farrell's range - neither of which paid off as their lineout struggled - but Jones supported the calls.

"The players feel the game - we see it - and if they feel that there is an opportunity to crack the opposition, they have got to go for it," he said. "Otherwise, why do we want leaders in the team?"

With Hartley off injured, the decision was purely Farrell's.

"We felt we had the ascendancy at the time," said the first five-eighth. "Our maul had gone very well in the first half and our boys were itching to have a crack at them."

Farrell was the beneficiary of a TMO call on his last-minute tackle in the 12-11 victory over South Africa last week but this time the call went against the home side, and Jones was philosophical about it.

"I leave it up to that guy (the TMO), he said. "If he can't make the right decision with 10 replays then who can?"