All Blacks prop Joe Moody will play no further part of the European tour after splitting his eyelid at training. 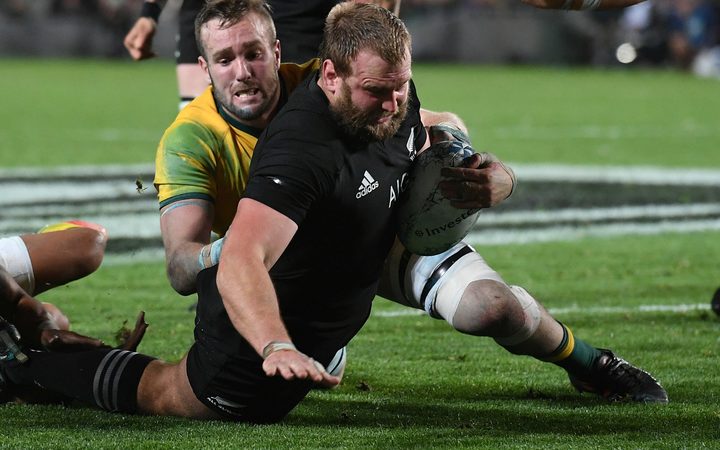 He required three layers of stitches and will be out of rugby for six weeks.

"It was a lineout lift and he copped someone's hand," Hansen said.

"Anyone else, it would have probably missed but Joe. The plastic sugeon has recommended six weeks, and as our doctor described it, the eyelid's your window washer.

"If you've got half of it missing, you can't wipe your eye, so it'll affect your eyesight long-term so we need to make sure he's OK."

Prop Angus Ta'avao has been called into the squad, while Karl Tu'inukuafe is likely to get a start in Moody's absence.

The All Blacks team to play England will be named later today.

The start of Moody's 2018 season was delayed after shoulder surgery, while he injured a knee while playing for the Crusaders and broke a thumb during the Rugby Championship.

The All Blacks also play Ireland and Italy on their end of year tour.