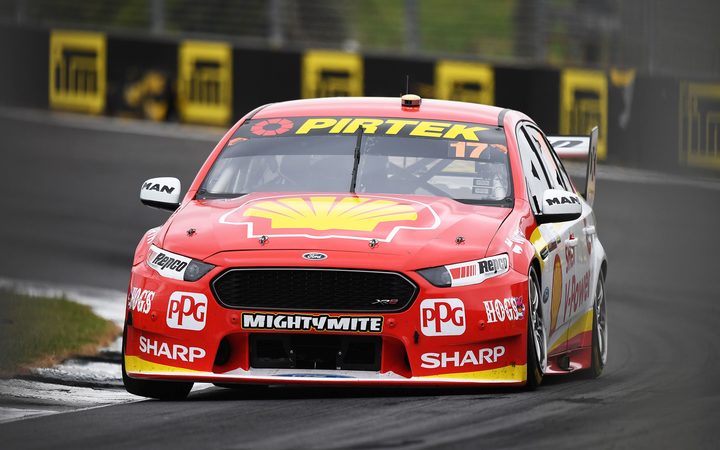 Driver Jamie Whincup will start from pole position for the 80th time in his illustrious career, after putting in a perfect lap in this afternoon's Top Ten Shootout.

The Holden ace edged out current championship leader, Ford's Scott McLaughlin, who was just 0.01 of a second behind the defending Supercars Champion.

It adds another element of intrigue to this afternoon's 200km race, with McLaughlin starting next to Whincup and in front of his main Championship rival and fellow kiwi Shane van Gisbergen, who was third quickest in the shootout.

For the first time in history, five New Zealand-born drivers featured together in a shootout, much to the delight of the big crowd packed in to Pukekohe Park Raceway.

Craig Lowndes will start his final ever Supercars race in New Zealand from 11th place this afternoon after just missing the Shootout after qualifying.

The final 200km, 70-lap race of the weekend will begin at 4:10pm local time this afternoon where light rain may arrive during the race.