A cricket bat used by Sir Donald Bradman for his own personal autograph hunting during his Test career has sold at auction in Adelaide, fetching almost $120,000.

The bat is covered in signatures from cricketers Bradman played with and against.

That includes members of England's team from the 1932-33 Ashes tour - known as the 'bodyline series' - as well as South African and Indian touring squads.

Also under the hammer was the bat used by South Africa's Herschelle Gibbs to hit six sixes in an over during the 2007 World Cup - the first time such a feat had been achieved in a one-day international.

Bradman's bat also spent time out in the middle, with 'The Don' wielding it to score a century relatively early in his Test career before deciding to convert it into a souvenir. 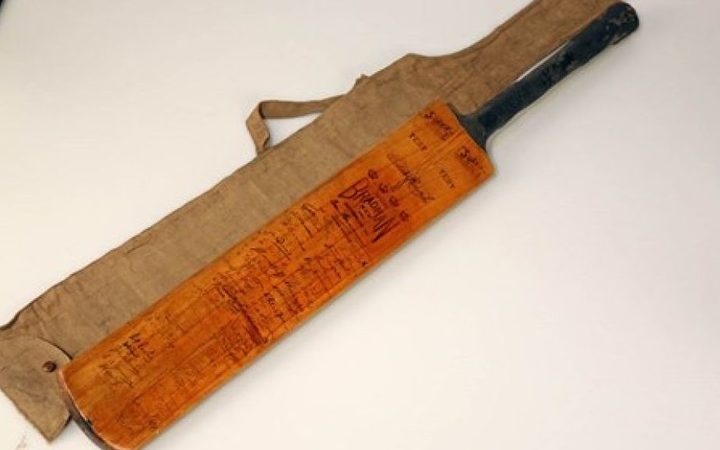 "He scored 112 runs for Australia against South Africa during the second Test in Sydney in the 1931-32 series. It was definitely one of his favourites," auctioneer Marc du Plessis said.

"This was one of the holy grails of Bradman's bats. He actually kept it in his kit for 16 years, which is unheard of, and dragged it around the world everywhere he went and got people to sign it.

"Maybe he thought 'cricket's not going to be my life, I might get some autographs while I'm having fun out here'."

The bat, which Mr du Plessis said was in "brilliant condition for its age", was later gifted by Bradman to a Sydney bat repairer.

From 2008 to 2012, it was on display at the National Sports Museum at the Melbourne Cricket Ground (MCG).

While the parties involved in the most recent transaction remained anonymous, Mr du Plessis said the seller was a "cricket fanatic". 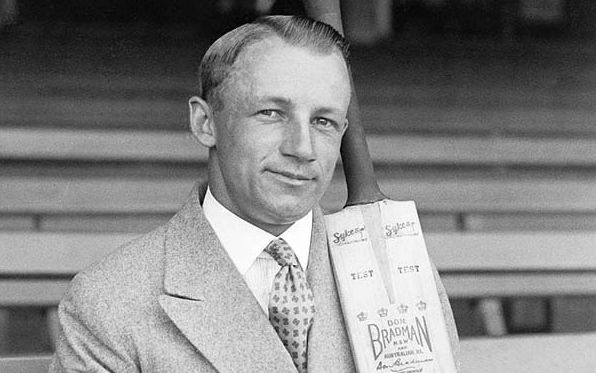 "All I can say at the moment is it was purchased by an international collector and it will be going on display in a museum for everyone to see," Mr du Plessis said.

It is believed the bat was one of the few of Bradman's to remain in private ownership.

"You'd think as the more important bats such as this one actually get snapped up by major museums, any which are in private hands do increase in value because the general public have less chance of actually owning one," Mr du Plessis said.