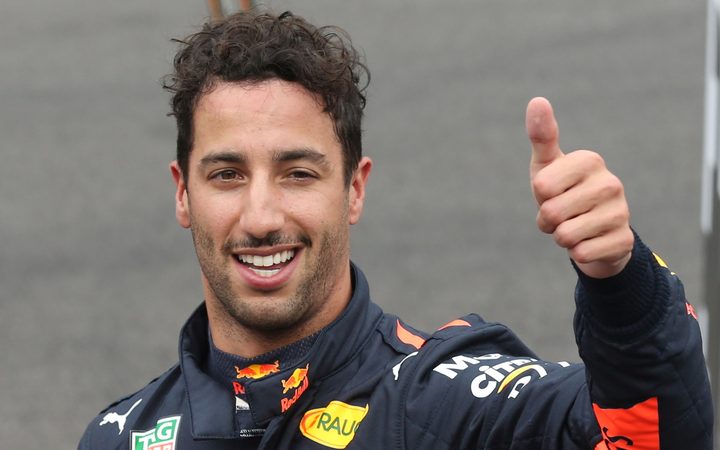 The Dutch 21-year-old had dominated every free practice session and was set to become the youngest Formula One driver ever to start on pole position when Ricciardo swept in and grabbed it at the finish.

Verstappen, who turned 21 at the end of September, is already the sport's youngest winner and may not get a better chance to beat Sebastian Vettel's 2008 pole record of 21 years and 73 days.

That hurt, with the youngster describing qualifying as "crap" afterwards. But Ricciardo did not try and hide his delight.

His long and triumphant whoop over the team radio, and some typically colourful Aussie language afterwards, said it all.

The Australian has suffered seven retirements in 18 races this season and his decision to leave Red Bull for Renault at the end of the year had left some wondering whether he was paying a price.

Instead, for only the third time in his career, he will start from pole with every chance of taking a third win of the season after China and Monaco.

"I'm holding a lot in. I let a bit out once I heard I got pole. But yeah, I held a lot in, I've got to save some energy for tomorrow," he told reporters after calming down a bit.

"And from the team's point of view to get a one-two in qualifying is awesome."

New Zealander Brendon Hartley, who placed ninth in last week's US Grand Prix, couldn't build on a promising effort in the first round of qualifying where he finished 10th and will start from 14th on the grid.

"Had one set of new boots and one lap to get the job done in Q2," he said on Twitter.

"I could give some lame excuses but ultimately it was a mistake in the last sector which cost us the chance to go through to Q3. We will line p14 for tomorrow's GP. Targeting points."