An exasperated coach Michael Cheika has lashed Tolu Latu for his brain-snap slap in the face of All Blacks counterpart Cody Taylor that reduced Australia to 14 men, but the replacement hooker wasn't the only player in the firing line after an afternoon of missed opportunities in Yokohama. 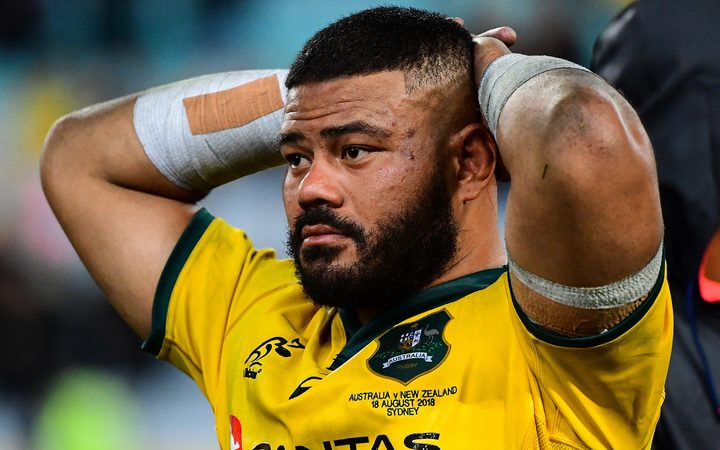 French referee Romain Poite yellow carded Latu at a critical juncture in the second half and the world's most clinical sporting unit was quick to punish the Wallabies with the knockout blow minutes later in the 37-20 victory at Nissan Stadium on Saturday.

Latu's sanction was harsh after he'd been craftily baited by the initiator of the push and shove, but All Blacks coach Steve Hansen summed up the incident best in a brutal post-script to an entertaining clash in front of a record crowd of 46,143 enraptured fans at Japan's venue for the 2019 World Cup final.

"It was a lot about nothing really but the ref has done what the law said because, if he didn't, he'd have been tuned up himself (by his superiors)," Hansen said.

Trailing 27-13 and still hanging in the fight, the Wallabies lost all hope with Latu's dismissal.

"He shouldn't do it because you know if they push us and he pushes back, he should know it's going to come back and get us," Cheika said.

"I understand he wants to stand up for himself and you should be able to do that but not in that manner ... and it didn't achieve anything. Simple."

But while Cheika seethed about Latu's ill-discipline, he was equally annoyed with the rest of the Wallabies' lamentable decision-making and inability to retain the ball - half the battle in rugby.

"There were too many turnovers in key moments just giving them the ball" Cheika said while digesting a horror 3-0 Bledisloe Cup series wipeout.

"We need to have a bit more perseverance and not just try to hit the home run in the first play (in possession).

"Whatever we need to get done before we meet them again, we will."

The Wallabies will spend another week in Japan before heading further north for a three-Test tour of England, Italy and Wales.

After just three wins from 10 Tests so far in 2018, Cheika is promising improvements and is confident the Wallabies will be peaking for their return to Japan for next year's World Cup.

"I care a lot. I care about my team, my players. I care about rugby in Australia and one thing that comes with care is fight," he said.

"So whatever is necessary, we'll get it done."