New Zealand coach Michael Maguire is warning his players to be wary of the threat posed by Sam Tomkins, a player he calls "a rubber man", in the test series against England. 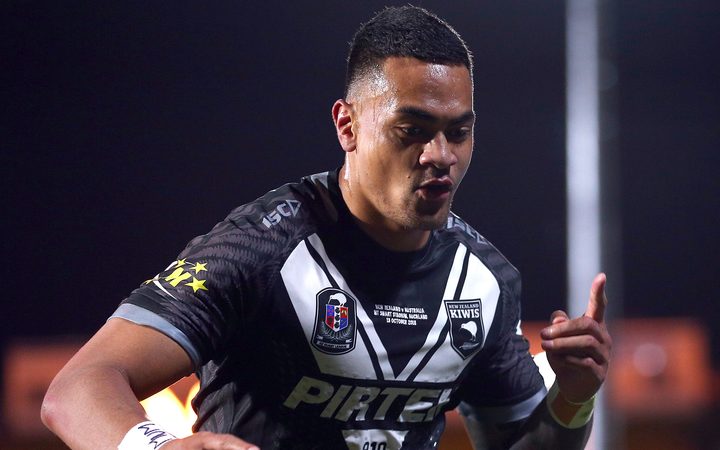 Maguire, who coached Tomkins at Wigan when he guided the side to grand final and Challenge Cup glory from 2010-11, says he was not surprised by the recall of Tomkins after a four-year international absence.

"Not at all, he helped me a few times when I was here," said Maguire after the Kiwis' final training run before the first test in Hull.

"He's won a couple of grand finals and a couple of Challenge Cups. He's a quality player and, once he's got the ball in his hand, you've got to be alert.

"He's like a rubber man - he bounces all over the place and he loves to show the ball. We've going to have to make sure we're very strong defensively."

It was Maguire who switched Tomkins from the halves to full-back, where he went on to gain the bulk of his 23 test caps.

However, the Wests Tigers coach-elect says the one-time Man of Steel can be just as effective in the halfback role chosen for him by England coach Wayne Bennett.

"From myself at that moment in time, I felt it was the right position for him," Maguire said.

"I think he's played quite a bit of half since. We're aware of what he's capable of."

Maguire will also warn his players about the atmosphere they can expect from a crowd of around 20,000 at the KCOM Stadium.

"I can't wait," he said. "I've had some great clashes here when I was back coaching at Wigan.

"I'm really looking forward to the noise. It's one thing we can take away from the English fans, the singing and the noise."

Unsurprisingly, Maguire has kept the youthful team that ended a three-match losing run with a 26-24 victory over Australia a fortnight ago.

Left centre Esan Marsters and his wing partner Ken Maumalo will be lining up for the Kiwis for the third time as will interchange prop Leeson Ah Mau, while another seven players in the 19-man squad also have fewer than 10 caps to their name.

"We're building a culture about performance and I think rewarding performance is something we want to do moving forward," Maguire said.

"I've see a shift in the mindset of the group and I'm looking forward to seeing that play its part out on the field."