Waikato have earned promotion back to the Premiership division of the national domestic rugby competition. 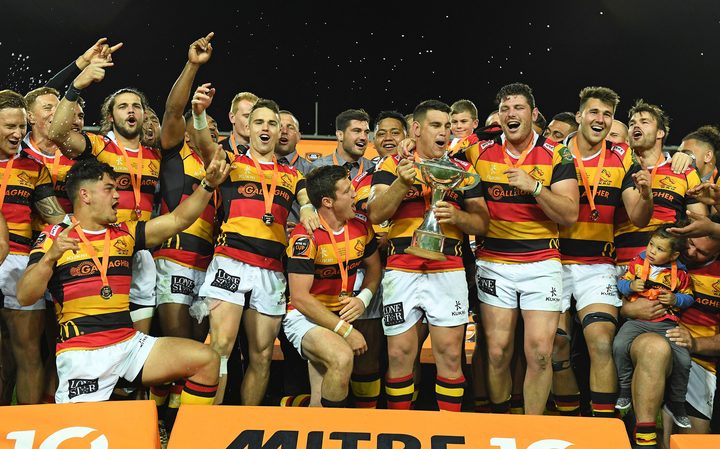 Relegated after finishing seventh and last in the standings in 2017, home side Waikato covincingly beat Otago 36-13 in the Championship division final in Hamilton on Friday night.

It was the team's first provincial title since 2006 and also gave them revenge for their loss to Otago to relinquish the Ranfurly Shield earlier this month.

For the southern side, it was a third unsuccessful attempt at gaining promotion after their defeats in the 2012 and 2016 Championship finals.

Clearly motivated to redeem themselves for that 23-19 loss that handed the Shield to Otago, Waikato produced an impressive performance.

The hosts pulled out to a 19-6 lead by halftime, with livewire wing Sevu Reece, young centre Quinn Tupaea and fullback Matthew Lansdown all scoring tries.

Otago closed the gap soon after the resumption through a try to flanker James Lentjes, but it turned out to be only a consolation for the visitors.

Tyler Campbell responded with Waikato's fourth try just two minutes later and, when Reece went over for his second in the 53rd minute, the title was all but secure.

Waikato will trade places with Taranaki, who have been relegated after finishing last in this year's Premiership.