Head coach Michael Maguire has retained the same 17 players used in the win over the Kangaroos for the Kiwis' first Test against England at Hull's KC Stadium. 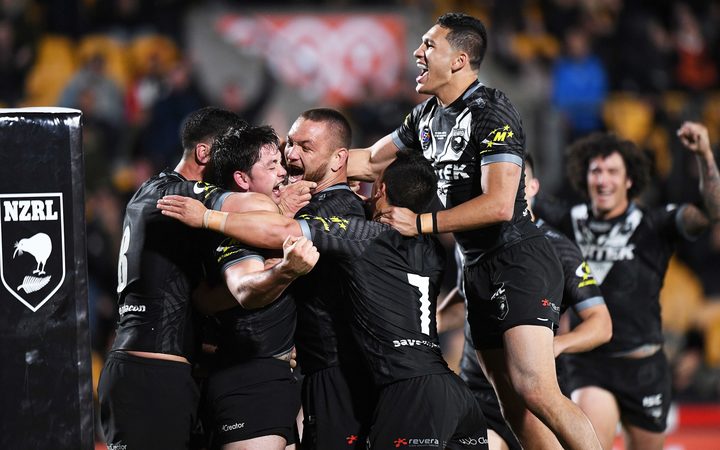 The only change is on the extended bench where Canberra second rower Joseph Tapine is included as 19th man with Melbourne utility back Jahrome Hughes 18th man.

Maguire said the players had earned the right to line up in the opening match of the series, New Zealand's 17th three-Test campaign on United Kingdom soil since the pioneering All Golds played the first in 1908.

The second Test will be played at Anfield in Liverpool on Sunday, November 4, followed by the third at Elland Road in Leeds on Saturday, November 10.

Maguire said the Kiwis needed to reset for the opening international in Hull.

"What we achieved in New Zealand against the Kangaroos was a start and the players recognise it was just that, a start," he said.

"Our focus since leaving New Zealand has been fixed on this first Test. We have a group of players here who are exceptionally passionate about playing for the jersey.

"I've seen that. There are great signs for where we're going but we need to make sure we do everything right this week."

Hooker Brandon Smith and centre Joseph Manu will both play their second Test after they each impressed in the Kiwis' superb 26-24 win over Australia at Mount Smart Stadium on October 13.

Left centre Esan Marsters and his wing partner Ken Maumalo will be lining up for the Kiwis for third time as will interchange prop Leeson Ah Mau while another seven players in the 19-man squad also have fewer than 10 Tests to their name.

The New Zealanders travelled to Brigg on the outskirts of Hull this afternoon ahead of their final training run at the Test venue tomorrow. Based in Manchester since arriving from a stopover in Dubai, the Kiwis have trained at the Wigan Warriors' high performance training centre in Orrell and also had a session at the Manchester City Football Club's exceptional academy facility on Monday.