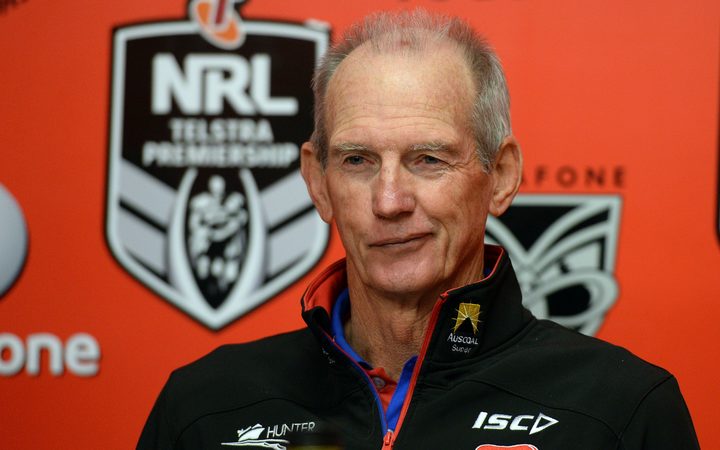 The Rabbitohs on Thursday afternoon became the next club to move in the biggest coaching upheaval in NRL history, announcing Bennett would join the club from 2020.

After growing tired of waiting for Seibold to accept a contract that had been on the table since June, Souths pounced on Bennett who had been told by the Broncos he was not wanted in Brisbane after 2019.

That's set to leave Seibold free to join the Broncos at the end of next year, as he continues to remain favourite to replace Bennett.

"Wayne is one of the best, if the not the best, rugby league coaches of all time and we are excited to see what he can bring to our club," Souths head of football Shane Richardson said.

"His football record is second to none and his reputation as a leader is also of the highest order.

"Here, he will have the opportunity to work with some of the best senior and up- and-coming talent in the game which, from our discussions over the past few weeks, I know he is excited about.

"Anthony (Seibold) has done a great job at our club over the past two years however his hesitance to extend his contract with us, an offer which has been on the table since June, led the club to explore other options."

At this stage, the Rabbitohs are adamant the deal is for the end of next season, although it remains to be seen if both coaches and clubs will want to wait that long.

Either outfit can claim to be the winner of the possible deals.

Bennett is the only man to have won 500 games from the coach's box with seven titles to his name.

The 68-year-old already has a close relationship with the Burgess brothers through his time with England, and will have all the resources he will require at the Rabbitohs.

"Souths is one of the iconic clubs in the game. I didn't think I would get this opportunity, but that opportunity has now come for 2020 and 2021."

While far less established, Brisbane will see Seibold as the man who can take their club forward in the long term after being turned down earlier this year by Craig Bellamy.

He won the Dally M coach of the year in 2018, after taking the Rabbitohs from stragglers to NRL preliminary finalists in his first year in charge.

He also has relationships with a number of Broncos players through his time as both a Queensland State of Origin assistant and juniors coach.

The news, in turn, will trigger a number of movements at other clubs.

Maguire remains the front-runner to join the Wests Tigers, a move that's likely to be announced well before he returns home from coaching New Zealand against England.

That would free up Ivan Cleary to be released to Penrith, another move that appears to remain a case of when and not if.