Angelique Kerber resisted a second-set fightback from Japan's Naomi Osaka to win a three-set thriller at the WTA Finals in Singapore. 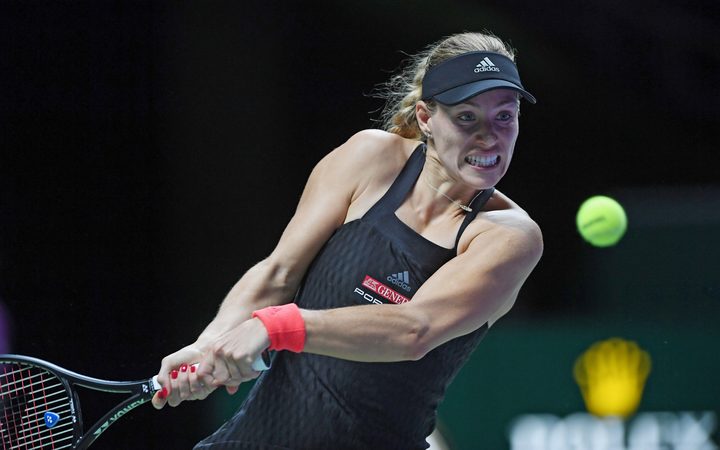 The German, who lost her opening match to Belgian Kiki Bertens, beat the Japanese player 6-4 5-7 6-4.

"Naomi is such a great opponent and I think we played at a high level tonight," said the 30-year-old Kerber.

"I think I started really well but the second set was really close and I had my chances. It feels great to win and you have to focus on every single set and every single match to play your best tennis here."

Kerber secured the first set by a single break and the Wimbledon champion looked to complete the match on serve at 5-4 in the second.

However, Osaka fought back to earn two break points and levelled the match at 5-5 with a rasping forehand forehand winner. The 21-year-old then rallied to break again and retain some hope of a comeback win in a deciding set.

But Osaka fell apart on serve in the sixth game as the reigning US Open champion wilted under relentless rallying from Kerber to concede a break and fall 4-3 behind.

When Kerber got the chance to serve again for the match at 5-4, on this occasion she made no mistake against a deflated Osaka, who netted a backhand return to give the German victory in two hours and 30 minutes.

If Kiki Bertens beats Sloane Stephens in the upcoming round-robin red group match, Osaka will be out of the competition. Kerber has a 1-1 record having lost her first match to Bertens on Monday.