England captain Sean O'Loughlin says he will always be in debt to his former club boss Michael Maguire but will be showing no gratitude during the Test Series against New Zealand. 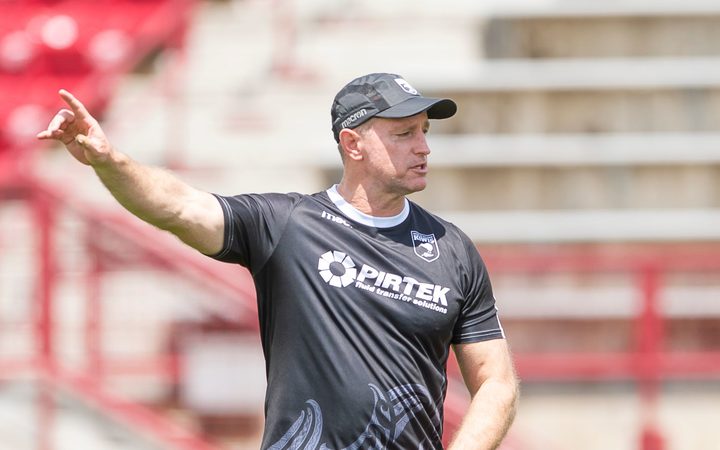 O'Loughlin led Wigan to grand final glory in Maguire's first season at the helm in 2010 and a year later the pair were in harness as the Warriors lifted the Challenge Cup at Wembley.

Maguire went on to win the NRL grand final with the Burgess brothers at South Sydney in 2014 and is currently helping transform the fortunes of the Kiwis, who will go into Saturday's first Test at Hull's KCOM Stadium buoyed by a 26-24 victory over the Kangaroos.

"I loved my time playing under Madge (Maguire)," said O'Loughlin. "I think he made me a better player. He got me a trophy in his first year.

"The players enjoy working with him and I'm sure he'll be doing exactly the same for them boys."

New Zealand turned to Maguire after their World Cup flop and, although they lost 36-18 to England in his first game, the mid-summer Test in Denver, O'Loughlin says the recent win over Australia was a more accurate guide as to what Wayne Bennett's men can expect on Saturday.

"Internationals are a bit different to club matches in how much time you get with the lads and how much you can put into them," he said.

"But it's been four months on from Denver and I think he's had time to get to know the players a little bit more, invest a bit more time with them, and you can see from the game against the Aussies they're an improved side."

Twins George and Tom Burgess can also testify to the coaching skills of Maguire, having played under him for six years at the Rabbitohs.

George, who ended a two-year absence from the England team in last week's win over France, was impressed but not surprised by the Kiwis' toppling of the Kangaroos.

"I knew a Michael Maguire-coached side would improve rapidly, he seems to have that effect on teams.

"He gets the best out of his players, he's very passionate and makes sure the boys are well prepared. They've had a number of weeks together now.

"We know that they're going to be a decent side, we're going to have to be at our best to match them."