A dismal England fell to their heaviest defeat in one-day international cricket as Sri Lanka thrashed the tourists by 219 runs in the final ODI in Colombo. 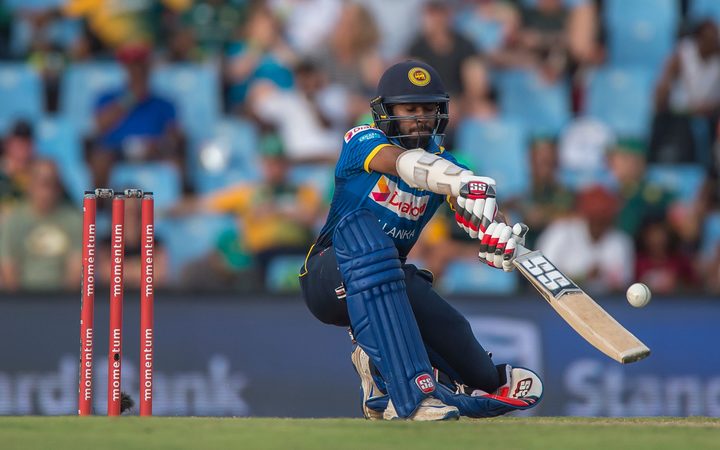 With England having already won the five-match series, they made three changes, resting captain Eoin Morgan.

They bowled and fielded poorly, with Niroshan Dickwella scoring 95 as Sri Lanka posted 366-6 - the hosts' highest score against England in ODI cricket.

England slumped to 4-3 in reply and were 132-9 when rain stopped play.

Umpire Aleem Dar ran from the pitch as a heavy storm broke while also signalling that Liam Plunkett's dismissal for lbw had been confirmed on review.

That ninth wicket lifted the Duckworth-Lewis-Stern par score to 351 and, with no further play possible, the match was abandoned shortly after 16:35 BST, leaving England 219 runs behind.

England's previous biggest margin of defeat in terms of runs was 165 runs against Pakistan at Karachi in 2005 and against West Indies at Kingstown in 1994.