Anthony Mundine has again declared he won't acknowledge Advance Australia Fair if it is played before his fight with Jeff Horn, vowing to sit down in protest of the national anthem. 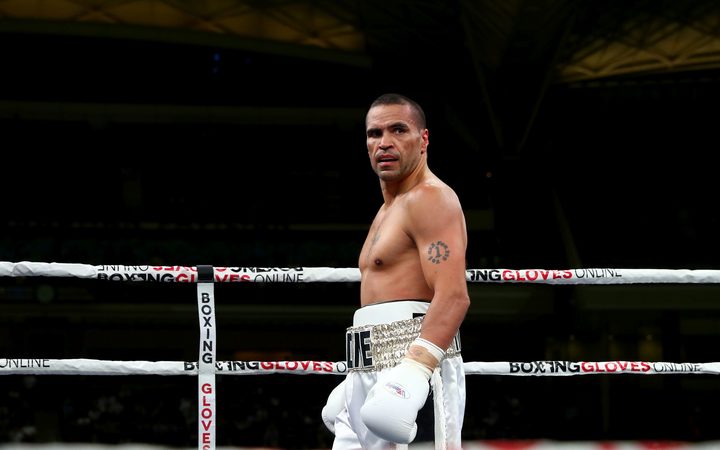 Mundine, who takes on former WBO welterweight title holder Horn in the 71kg catchweight bout in Brisbane on November 30, described the anthem as a "theme song for the White Australia policy."

"If they play the anthem, I'm sitting down man. I can't stand for that, it's a white supremacy song," he said on Tuesday.

"The constant everyday injustice to indigenous people has got to stop, we're getting raped and pillaged in different ways."

Saying he'll ignore the anthem is a path Mundine has trod several times before - declaring he would snub it before a re-match with Daniel Geale in 2013 and prior to his second fight with Danny Green in 2017.

In both instances organisers opted to play the national anthem before the fighters entered the arena, effectively scuppering it as an issue.

For Mundine it's expected to be the last time he'll court that kind of controversy - at least in boxing - given the 43-year-old has already declared this to be his last fight.

With a body of work that includes playing three rugby league grand finals and State of Origin and a boxing career in which he has won several major international titles, Mundine said he was entitled to be considered his country's greatest sportsperson.

But he doubted that would be the case.

"I'm not going to get the credit I deserve. I'm an Aboriginal Muslim and not just that, I speak my mind," Mundine said.

Asked if he would consider a political career with a federal election looming next year, Mundine smiled and said: "you can ask me that after the (Horn) fight."

But he definitely plans to use his profile after his sporting career to be an agent for change.

"I want to use my platform to inspire, not just the youth," Mundine said.

"I want to try and help motivate and inspire whether it's through talking, event talking or going to see communities, engaging in the people.

Mundine says he could continue in the sport but wanted to spend more time with his family.

"I feel that good I could go on for another five years if I really want to, but my desire has run out," he said.