All rounder Corey Anderson and top order batsman Glenn Phillips have been added to the New Zealand cricket team Twenty20 squad to Pakistan.

The pair are currently in the Dubai playing for New Zealand A against Pakistan A and will join up with the Black Caps side who leave on Wednesday for the United Arab Emirates for a three match series against Pakistan.

The final game of the New Zealand A one-day series is on Friday, after which the final additions to the Black Caps one day squad will be named. 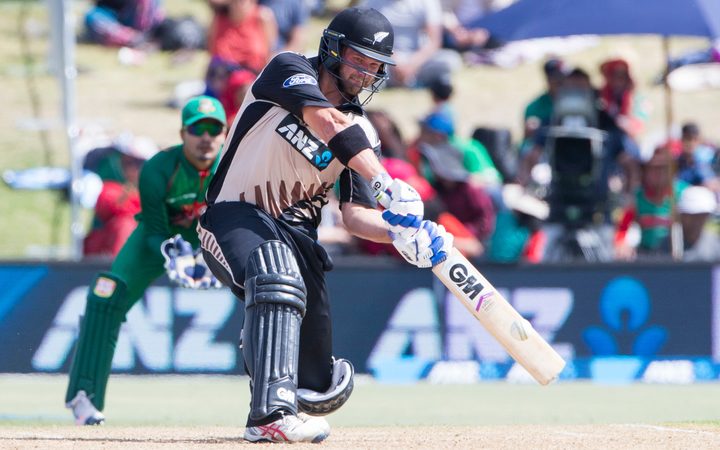 Corey Anderson is back playing for the Black Caps for the first time since the ICC Champions Trophy in England in June 2017. Photo: Photosport

Selector Gavin Larsen said Anderson and Phillips have been rewarded for strong performances for New Zealand A through the recent T20 series.

"Corey and Glenn are in good form and have performed well in the local conditions over the past couple of weeks," Larsen said.

"Despite Martin Guptill being ruled out, we've decided to name just two rather than three additional players, taking the squad to 13.

"We're confident that, with the As on the ground over there, we have adequate cover."

Anderson, 27, who last played for the Black Caps at the ICC Champions Trophy last year, said it's exciting to return to the side.

"It's obviously been a long road back and after the surgery there were some long tedious days," he said.

"But this is what the rehab is for and to be picked again is a great feeling."

"Corey's had a really good winter playing in the UK and training back at home, and has shown on the New Zealand A tour he's more than ready for the rigours of international cricket."