Jose Mourinho had been on the verge of delivering the perfect response to his critics with Manchester United closing in on a second consecutive comeback win, at the home of his former club Chelsea. 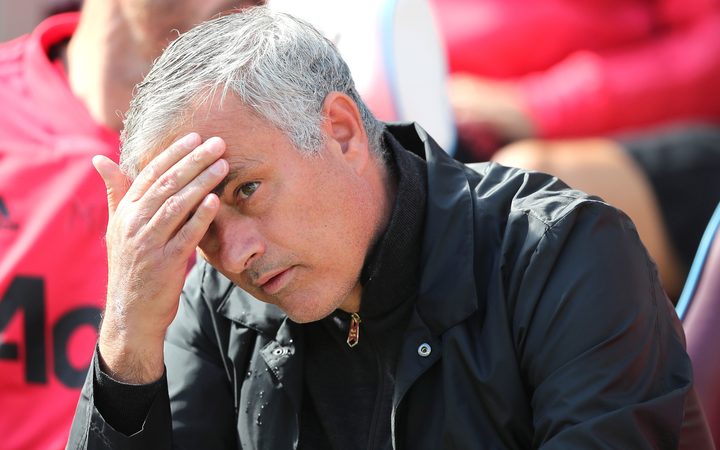 But with only seconds remaining on Saturday, Mourinho's relaxed smiles gave way to snarls when the hosts snatched a last-gasp equaliser and he leapt off his seat to confront a Chelsea coaching staff member who appeared to antagonise him, leading to an ugly melee.

Then, as tempers cooled after the 2-2 draw, the self-declared 'Special One' stuck three fingers up to the home crowd, one for each of the league titles he won with the Londoners.

Chelsea fans, who once lauded their Portuguese hero by singing his name long and loud, responded to Mourinho's behaviour with a far from adulatory version of the song.

Mourinho sought to dispel any notion that the ugly scenes at Chelsea were his fault, saying he had been the victim of rudeness on the part of Chelsea technical assistant Marco Ianni and fans.

"I did not get respect back from Chelsea but that is not my responsibility. What I did here today I will do in Madrid, in Milan, in Porto, the reaction from the fans is not up to me," Mourinho told reporters, as his side slipped nine points behind Manchester City and Liverpool.

"But I also made mistakes in football matches and I will make more. So when he came after the game to make his apologies I accepted his apologies."

Chelsea coach Maurizio Sarri backed Mourinho, saying he had already reprimanded his staff member for his role in the incident.

"I have spoken to a member of my staff and have dealt with this immediately."

Whether Mourinho can restore his grip on Manchester United will hinge in large part on the outcome of a daunting run of fixtures over the next few weeks.

They face Italian giants Juventus on Tuesday and again on November 7 in the Champions League, after which they visit cross-town rivals and reigning domestic champions Manchester City. In between the also face Everton and in-form Bournemouth.