The New Zealand cyclist Eddie Dawkins has claimed the silver medal in the men's keirin on the penultimate day of the opening UCI Track Cycling World Cup in Paris. 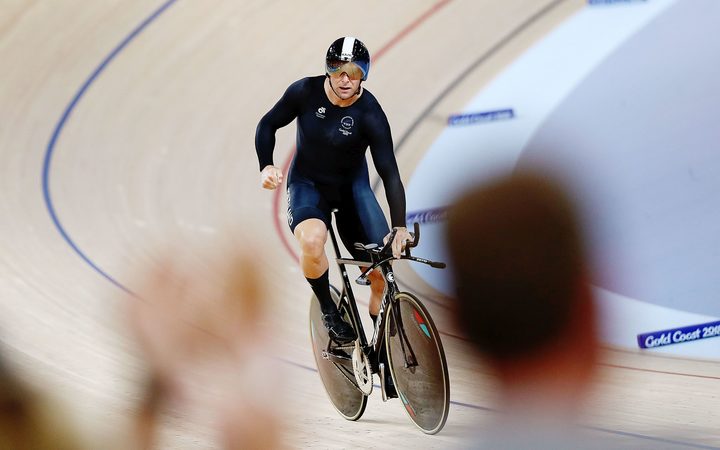 Dawkins was forced to come around four riders on the final bend to finish 0.07s behind Japanese star Yuta Wakimoto in the final.

The 29-year-old Dawkins has an affinity with the Saint-Quentin-En-Yvelines track after winning a silver medal at the world championships there in 2015, and repeating that at the London Worlds the following year.

The whole-hearted Dawkins has re-found his zest on and off the track under new sprint coach René Wolff, showing some outstanding form in Paris and taking a lead in the team culture.

While the team sprint suffered from a mishap in qualifying, Dawkins was the fastest third-wheel rider and the only rider under 13 seconds for the final lap.

Today he pushed around the field to trail the experienced Theo Bos home by just 0.1s in the first round of the keirin, and then rounded up the leaders impressively to win his semifinal. Dawkins was forced to the back after drawing the outside in the final, and had to push around four riders on the final bend to chase down Wakimoto in the final. The big Kiwi passed all and came within 0.07s of Japan's leading Keirin league rider in an impressive effort.

"In talking with our coach, we didn't have a pre-determined tactic. Anything can happen in such a short amount of time, so Rene said that today was about picking a decision while I was out there and sticking with that decision to the end. It worked out," said Dawkins. 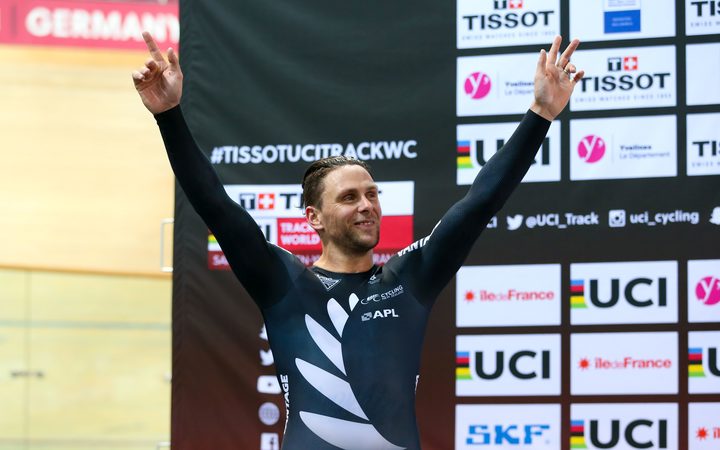 He said he was in good spirits after strong performances within the squad.

"I had a really good feeling. All the riders and staff have a really positive outlook and it was good to do something after yesterday's mishap in the team sprint but also drawing some motivation from the girls' TP with the New Zealand record. It made today that much easier on my legs.

"In the final it was a long sprint with heaps of changes for the lead. There was four going around the final corner pushing for the lead and I was the one pushed to the outside and had the furthest distance but came home strongly."

Dawkins said he will play support for teammates Ethan Mitchell and Sam Webster who compete in the individual sprint, but is looking forward to heading across the Atlantic for the second World Cup in Canada next weekend.

Compatriot Natasha Hansen was eighth fastest in qualifying in 10.776s but was edged out in her first round match in a close sprint finish.

In other performances today, Nick Kergozou finished 17th in the four-event men's omnium which was dominated by Spain's Albert Torres Barcelo who put three laps on the field in the deciding points race.

Racquel Sheath and Michaela Drummond were seventh in the women's Madison won by Denmark over Great Britain, with the two nations scoring points in seven of the eighth sprints, with no-one managing to get any bonus points for lapping the field.