Whether words can translate into a change in fortunes for the underperforming New Zealand A-League club gets a litmus test today when they host the Newcastle Jets. 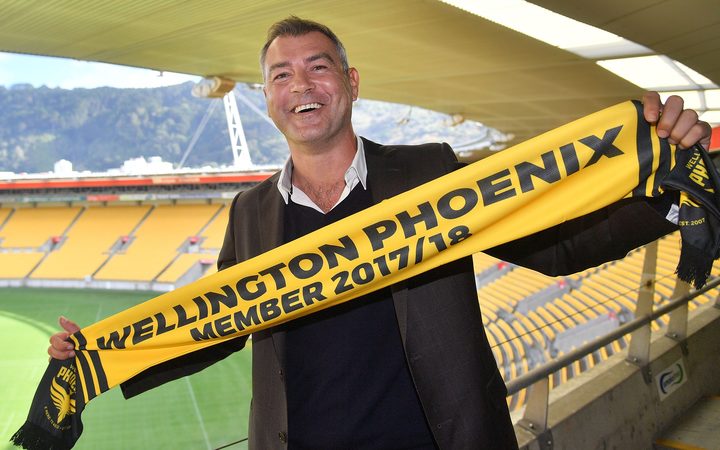 Despite failing to set the world alight with his signings, Rudan reckons he's transformed the mindset of his players, who he said had started to accept a perceived minnow status in the 10-team competition.

It may be his first A-League coaching gig but that hasn't curtailed the confidence of a man who was Sydney FC's inaugural title-winning captain before his stint as a television football pundit.

"The boys want success but they also want to be led," Rudan said.

"Well, they've got a pretty strong guy here who's not going to take much s...... from the opposition."

During a 3-1 trial win away to Melbourne Victory last week - a performance that left Rudan buzzing - the Phoenix mentor was caught up in testy exchanges with counterpart Kevin Muscat.

It may have been pre-season but Rudan wasn't backing down.

"Probably in the past they thought they could do that to a club like ours. It ain't going to happen," he said.

Most of Rudan's recruitment has been to stiffen a defence that recorded just two clean sheets last season as they narrowly avoided the wooden spoon.

Depending on formation, European holding midfielders Michal Kopczynski and Mandi could both be employed, sitting in front of former Newcastle United defender Steven Taylor, who's been supportive of Rudan's rigorous approach to fitness and attitude.

The Jets will be a handful in their first A-League match since losing 1-0 to Victory in last year's grand final.

It will open the door for attacking signings Jair, Mitch Austin and Kaine Sheppard, while midfielder Matthew Ridenton could also make his Jets debut after leaving Wellington to join his former Phoenix coach Ernie Merrick.

Merrick last led the Kiwi outfit to the finals in 2015, something that has the respect of Rudan given what he says are additional hurdles the club has to clear.

"It's the external factors. It's the fact that no one really wants us to be around in the competition. Referees are going to go against us as we've seen from referees over there," Rudan said.