Scott McLaughlin has seized the Supercars Championship from fellow New Zealander Shane van Gisbergen, after finishing fifth in the first of two 300km races at the Gold Coast 600 event. 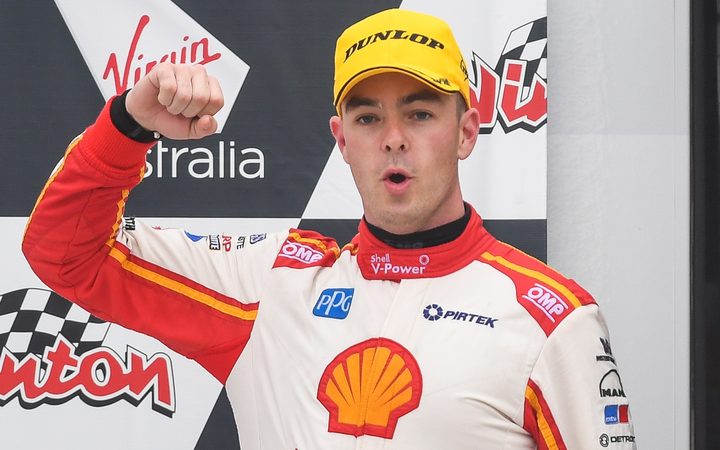 McLaughlin now leads Van Gisbergen by just 14 points, having entered the race 19 points behind his compatriot.

McLaughlin began the day by claiming his 12th pole position of the season. Van Gisbergen had a day to forget, coming home 10th.

Ford's Chaz Mostert claimed his first victory since the corresponding race last year and just his second podium of 2018.

After being disqualified from the top-10 shootout for pole position for kerb-hopping earlier in the day, Van Gisbergen could only watch when his co-driver Earl Bamber was penalised for an unsafe release during a chaotic pit-stop sparked by a yellow flag on lap 23.

Youngster Will Brown's crash brought out the safety car, sending the field scrambling to the pits.

After being forced to wait behind Paul Dumbrell, Bamber was pinged by race stewards for coming out of his pit bay dangerously close to Garry Jacobson.

Dumbrell, who had been leading the race, was also penalised for an unsafe release in front of McLaughlin's co-driver Alex Premat.

Whincup finished 14th, almost certainly ending any hopes he might have retained of defending his title.

The Gold Coast 600 wraps up on Sunday with another 300km race.

The event then moves to the sole New Zealand round at the ITM Auckland SuperSprint at Pukekohe Park Raceway on 2-4 November, before the championship finale at Newcastle.