Wimbledon will introduce a final set tiebreak starting from next year's Championships at the All England Lawn Tennis Club. 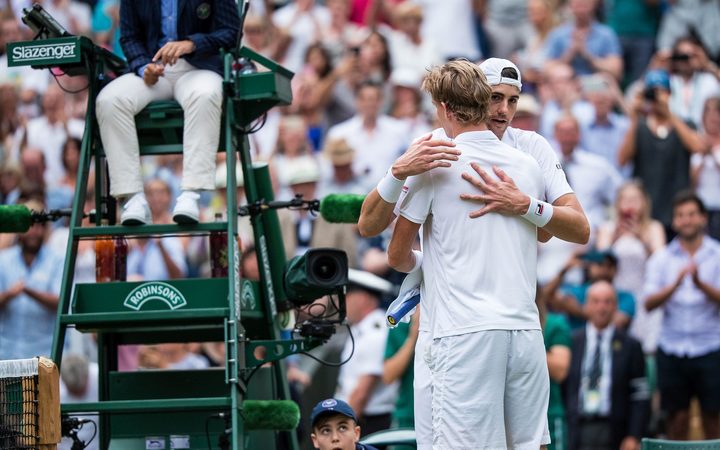 After a period of consultation with players and officials, the AELTC ruled that the tiebreak will be played when the score reaches 12-12 in the final set of all matches at the tournament, singles and doubles.

The move comes after this year's semi-final between American John Isner and South Africa's Kevin Anderson in which the final set alone, won 26-24 by Anderson, lasted almost three hours.

"Our view was that the time had come to introduce a tiebreak method for matches that had not reached their natural conclusion at a reasonable point during the deciding set," AELTC Chairman Philip Brook said in a statement.

"While we know the instances of matches extending deep into the final set are rare, we feel that a tiebreak at 12-12 strikes an equitable balance between allowing players ample opportunity to complete the match to advantage, while also providing certainty that the match will reach a conclusion in an acceptable timeframe."

The AELTC said it had used match data from the past 20 Championships and had consulted with players and officials to reach a decision.

"The Anderson v Isner match would have been spectacular in the fifth set but with no end in sight people lost focus and almost stopped watching."

Wimbledon is the second of the four grand slams to employ a deciding-set tiebreak although with the U.S. Open using breakers at 6-6 since 1970.

The AELTC said the rule will apply across all events at the Championships, but there would be no change to the current format of the Wheelchair and Quad Wheelchair events, which are the best of three tiebreak sets.

"(Players) recognise that the quality of tennis goes down and players start playing not to lose in a long final set rather than the determination to win," he told BBC Radio 5 Live.

"They recognise it affects the quality of matches in subsequent rounds. I think players will play better because they know it will finish at 12-12 in a tie-break and they don't have to save energy."