Canterbury are through to their fourth straight provincial rugby premiership final after beating Tasman 21-16 in Nelson. 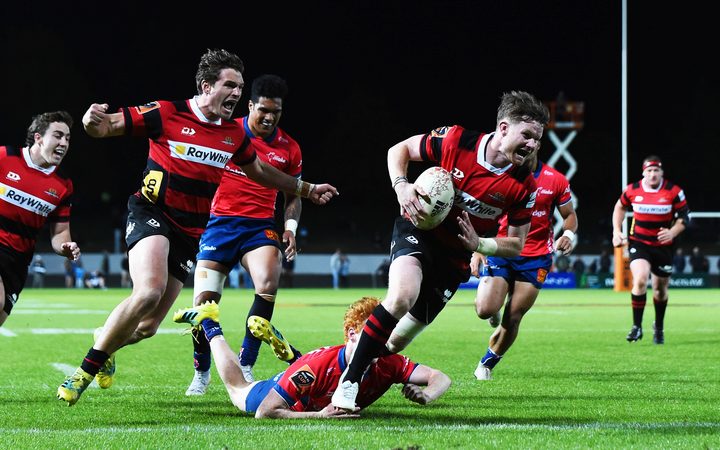 It is also Canterbury's 10th final appearance in 11 years.

Tasman were the last team to beat Canterbury in a knockout game when they defeated them in 2014, but there was to be no repeat at Trafalgar Park as Canterbury's finals experience came to the fore in the second half to suffocate a lively Mako side.

Tasman looked in control at the break after scoring the only try of the first half through skipper David Havili and they led 13-6.

However Canterbury took control in the second half with Tasman having two players yellow carded and the visitors took advantage to score tries in their absence.

Trailing 16-9 at the 60th minute, Canterbury opted for a number of scrums on the Tasman line instead of taking a shot at goal. The tactic paid off when the ball popped loose from the back of the scrum and halfback Mitchell Drummond sniped down the blindside to score.

But Drummond wasn't done there. In a week where he celebrated a call up to the All Blacks wider squad for the November Test against Japan, the number nine put on one of his best displays of the season.

With fullback Will Jordan off for an intentional knock down, Drummond chipped the ball behind the Tasman defence and re-gathered to score and take the lead for Canterbury with five minutes to play.

Canterbury will take on the winner of the Auckland- Wellington semifinal for their fourth straight Premiership title.