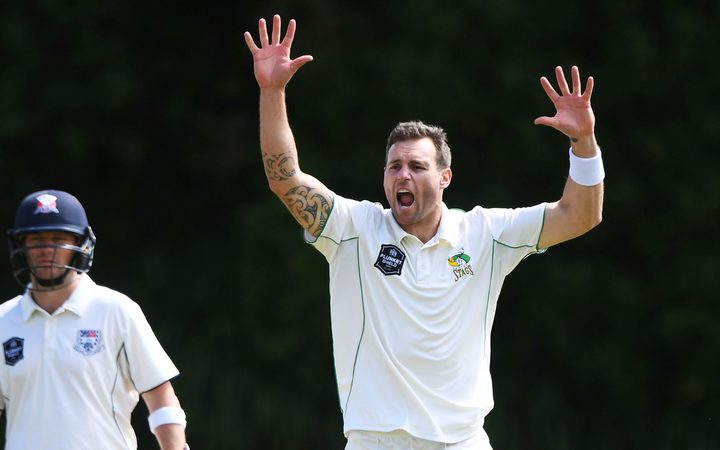 Chasing a target of 351 for victory, Auckland were bowled out for 199 in their second innings with Doug Bracewell taking three wickets.

Wellington stayed in touch with the leaders with an innings and 101 run win over Otago at the Basin Reserve.

After being dismissed for 190 in their first innings, Otago were forced to follow on were dismissed for 218 with Jeetan patel taking 3 wickets.

With a day to play at Hagley Oval, Canterbury are 204 for 5, a lead of 354 over Northern Districts.

The Plunket Shield will take a break with the one-day Ford Trophy beginning on Wednesday.