The Silver Ferns have been unsuccessful in their bid for the Constellation Cup title going down 58 to 47 to the Australian Diamonds in Wellington. 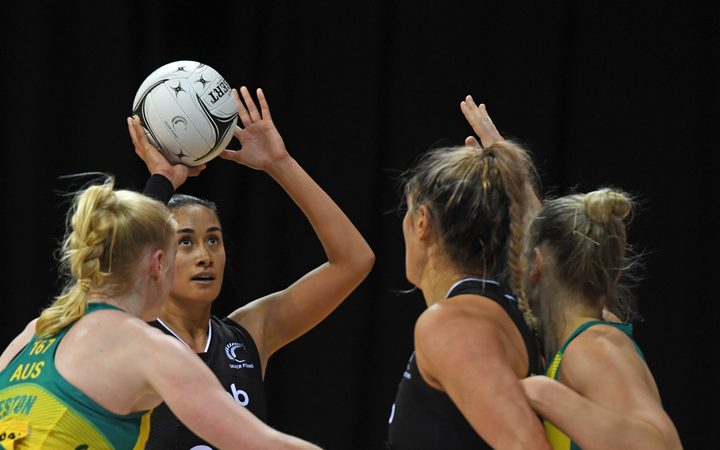 The Silver Ferns entered the Constellation Cup decider as favorites after their 11 goal win over the Australian Diamonds only four days earlier but it was Australia's strong start and 'backpack' style of defence that controlled the match from the outset.

With defence struggling on turnover ball with no intercepts or deflections in the first spell, Sulu Fitzpatrick was injected to the physicality of Australian shooters Gretel Tippett and Caitlin Bassett

Star shooter Maria Folau was unable to find fortune under the hoop shooting at 75 percent, contributing to an overall percentage of only 72 between all four shooters.

Coach Lisa Alexander ditched the rotation policy that backfired spectacularly on Sunday, instead fielding her strongest seven throughout in Wellington on Thursday.

Their defensive intensity ensured New Zealand's attack was stilted but the biggest change came at the attacking end.

Rookie wing attack Kelsey Browne was electric and linked supremely with her shooting circle. Captain Caitlin Bassett's height was as influential as ever as she landed 37 from 43 shots while Gretel Tippett nailed 21 from 25.

Aerial maestro Tippett made the most of a surprise starting promotion ahead of Steph Wood.

New Zealand never looked like winning, let alone by the 14-goal margin they needed to snare the silverware, on goal differential, for the first time since 2012.

However, player of the match Browne's ability to find space and make the right feeding choices was critical even after she was clattered to the ground by Sulu Fitzpatrick in the biggest collision of a physical contest.

"It's been great to get back on court and the structures and processes we have in place are good we're just seeking that consistency," says Silver Ferns captain Laura Langman.

"Constellation Cup is the tour of the year and there is no better measure of where we're at than playing the best in the world, you guys are hugely consistent and your product is impressive and we're coming for yah."

Tonight's decider was the final game of the international season for the Silver Ferns, trials ahead of the 2019 Quad Series will begin in December.

Look back over the match commentary here.