The former Hurricanes loose forward Blade Thomson has been named in the Scotland rugby squad for next month's internationals.

27 year old Thomson joined the Welsh club Scarlets this year and is eligible for Scotland through his grandparents. 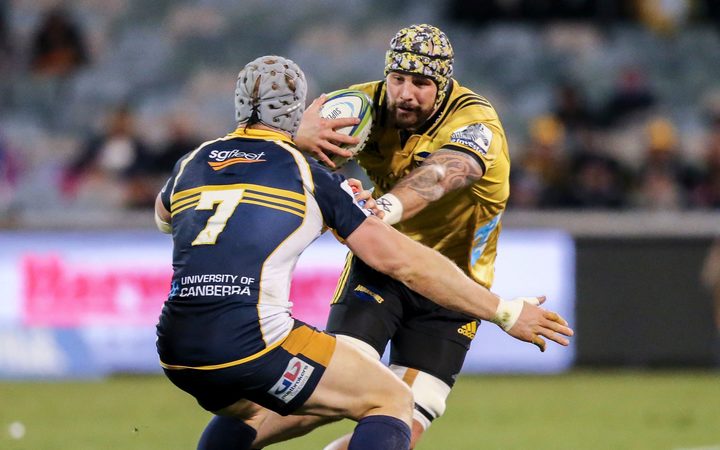 Scotland have also named Australian Sam Johnson and former England youth international Sam Skinner in their 40-man squad for the upcoming internationals as they cast an eye towards next year's World Cup.

There are just three new caps in an expansive squad named by coach Gregor Townsend.

The third is Glasgow centre Sam Johnson, a former Australian schoolboy international who played Super Rugby with the Queensland Reds before moving to Scotland, and qualifies on residency grounds, having joined the Warriors three years ago.

All three are in line to make their debuts in one of the November tests against Wales, Fiji, South Africa or Argentina.

"We now begin the last 12 months of our preparations for the World Cup with four tests in four weeks, a similar challenge to the one we'll face in Japan," Townsend said in a statement from Scottish Rugby.

"We've named a 40-man group for this campaign, which highlights the quality of player that is now available to us and the competition for places.

"It also enables us to welcome more players into our training environment and hopefully give a few more players a taste of test rugby.

"It's going to be an exciting year for the squad but our primary focus is fixed on performing well against Wales -- familiar opponents who have already recorded a win against us this year."

Scotland face Wales in Cardiff on Nov. 3 and then play at their Murrayfield home against Fiji on Nov. 10, South Africa one week later, and Argentina on Nov. 24.

The Scots have been drawn alongside hosts Japan in Pool A at next year's World Cup, in a group that also contains Ireland, Russia and Samoa.