Australia will take an unchanged line up into their historic clash with Tonga as they look to avoid back-to-back international rugby league defeats for the first time in 40 years. 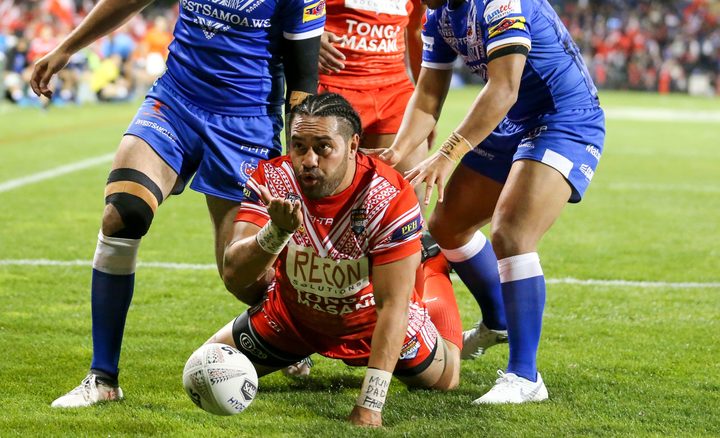 Beaten by New Zealand on Saturday night, Kangaroos players are well aware things must change or else they risk being left susceptible to one of the biggest upsets in league history.

Having not been toppled by a tier-two nation since 1978, Australia's date with Tonga in Auckland on Saturday night is one of the most fiercely anticipated Tests in years.

Andrew Fifita and Jason Taumalolo's efforts to revolutionise the Mate Ma'a in the past 12 months remain the talk of Auckland, while the crowd on Saturday night is expected to dwarf the 12,763 fans who saw Australia complete at just 73 per cent in their loss to the Kiwis.

"It's going to be another real tough one," Kangaroos winger Valentine Holmes said on Tuesday.

"Definitely have to step up our performance from last Saturday, if we put something like that up they will probably dish us up too.

"We need to train well today and tomorrow and figure out what we did wrong in the last game and work on that."

The Kangaroos returned to training on Tuesday after two days off following Saturday's loss.

Five-eighth Luke Keary is understood to be recovering well from a concussion and will be monitored throughout the week.

He has again been named at No.6, with utility Tyrone Peachey on standby as a reserve.

Meanwhile outside backs Konrad Hurrell and Robert Jennings have been left out of a strong Tonga 17 that includes Will Hopoate, Sio Siua Taukeiaho, Tevita Pangai Junior, Fifita and Taumalolo.

Australia had just 43 per cent of the ball against the Kiwis in their first match since the retirements of anchors Cameron Smith, Billy Slater and Cooper Cronk.

"The biggest thing for us is just holding the ball," prop Aaron Woods said.

"We put ourselves under the pump too much and had to make too many tackles. Walking off at halftime the possession was 69 per cent to 31.

"The biggest thing for us is holding the ball and going set for set with Tonga. They're such a big side and if you give them too much ball they'll do what New Zealand did."