The defending women's and men's champions will return to defend their titles at the ASB Classic tennis tournamernt in Auckland this summer. 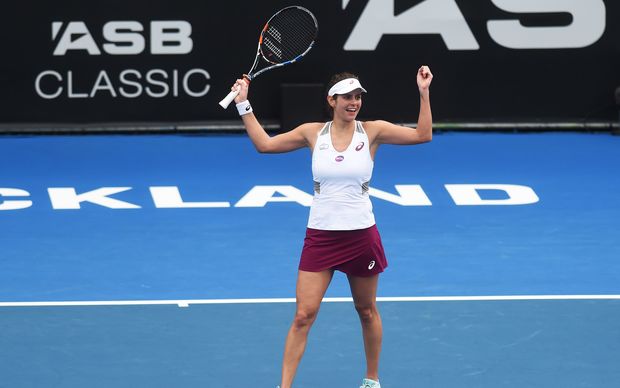 Goerges' standout performance this year was at Wimbledon, where she reached her first Grand Slam semi-final, fighting through a number of three set matches before falling to 7-time Wimbledon Champion Serena Williams.

Bautista Agut continued his winning form throughout 2018, capturing his biggest title of his career in Dubai, an ATP World Tour 500 event.

The ever-consistent Bautista Agut has been as high as 13 on the ATP world rankings, he's won eight ATP titles in his career, two of which came in Auckland (2016 & 2018) and is looking to finish off the year strongly with a solid showing in Shanghai. The clay court specialist is currently ranked 25 in the world.

After thirteen years on the WTA tour, Goerges has won five singles titles and another five doubles titles. 2018 has been her best year to date, she's broken inside the top ten, currently sitting at her career best ranking of 9 in the world, and is in the running to be named the WTA most improved player of the year.