Six players are set to make their Black Ferns rugby debut in their upcoming triple header in the United States and two match tour of France. 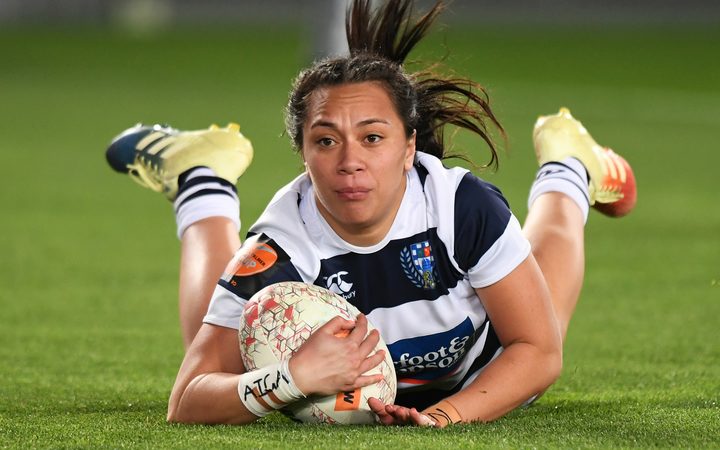 Nineteen-year-old Wellington wing Leti-I'iga has scored a combined total of 52 tries for her club and province this year, including 11 tries in the 2018 Farah Palmer Cup.

Coach Glen Moore said the trio possessed everything a coach wanted in a back; explosive speed, tenacity and great footwork.

"They've all stood out in the FPC and all three players deserve their selection. This trio will add a lot of firepower to our backline and I'm looking forward to seeing what they can achieve in the Black Ferns environment."

Also in line to make their Black Ferns debuts are forwards Joanah Ngan-Woo, Marcelle Parkes and back Monica Tagoai, who were all part of the squad for the two-Test series against Australia.

Moore has largely retained the players who were part of the squad who successfully retained the Laurie O'Reilly Memorial Trophy in their August Tests against Australia.

Fiao'o Faamausili, the most-capped Black Fern (54 caps) will skipper the side and Selica Winiata (33 caps) and Kendra Cocksedge (44 caps) have been named as co-vice captains.

Moore said his squad were excited about the prospect of playing the USA at Soldier Field in Chicago (November 3rd) as part of a triple header which includes Tests between the Maori All Blacks and the USA and Ireland against Italy.

"We last played the USA in a World Cup semi-final last year and they are a very fit and fast team. Playing them in a venue like that on their home turf will be a fantastic experience. To be on the other side of the world with the Maori All Blacks makes it all the more special for us."

The Black Ferns squad to tour the USA and France is (Test caps in brackets. * New cap):