The New Zealand driver Brendon Hartley is taking the positives from his last F1 outing as he returns to Austin, Texas... the venue for his Formula One debut.

Hartley got his first taste of Fomrula One a year ago at the US Grand Prix finishing 13th for Toro Rosso. 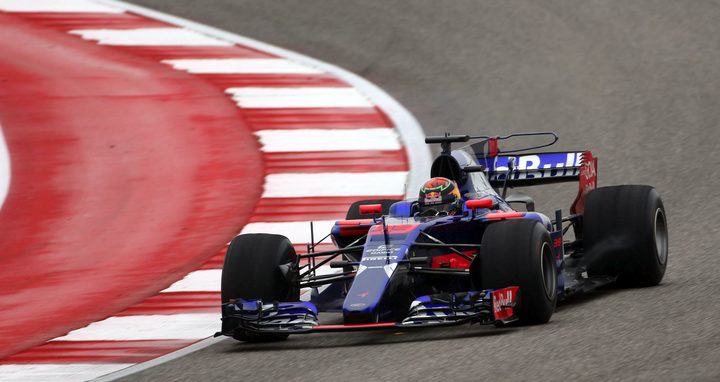 The Kiwi driver in action for Toro Rosso during practice for the US Grand Prix. Photo: Photosport

Hartley is coming off his best ever qualifying performance, starting sixth in Japan. He finished 13th.

"It's one year on since I made my Formula 1 debut in the United States GP. I'm very excited to be going back to Austin because it's a city I love and a track I enjoy," he said.

"The anniversary of one year in Formula 1 is a small milestone and it marks the first time this season that we come to a track that I have already driven in a Formula 1 car."

As for the circuit itself, for a new track it has a lot of character, with plenty of undulation, a very quick first section which has some similarities with the "snake" in Japan. I'll never forget driving a Formula 1 car for the first time, going through that section and having my neck almost ripped off from left to right! It's one of the most impressive sectors on the F1 calendar. The whole track has a very bumpy surface and it's very technical."

Hartley is 19th in the drivers championship with two points.

Hartley's Toro Rosso team has given Sean Gelael his first Formula One practice outing of 2018 this weekend.

21 year old Indonesian Gelael has been affiliated with Toro Rosso since 2017 and participated in four practice sessions at grands prix last year.