Veteran loose forward Matt Todd has been given the green light by New Zealand Rugby and his Japanese team to join the All Blacks. 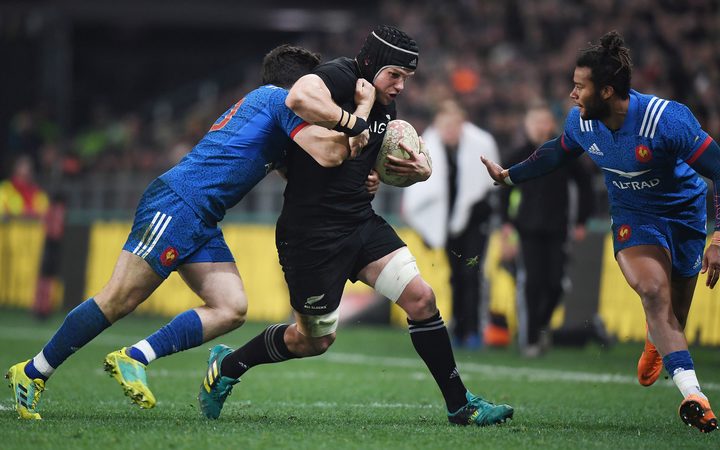 30-year-old Todd has been selected as part of a 32-man squad announced today to take part in the end of year tour which starts with matches against Australia and Japan in Japan, then games in Europe against England, Ireland and Italy.

Matt Todd made his test debut for the All Blacks in 2013 against France in New Plymouth, and was part of the Crusaders since 2011 before deciding this year to play for Japan's Panasonic Wild Knights under Robbie Deans.

Todd will return to Canterbury for the 2019 Super Rugby season with his intentions always to return for the national side.

His selection comes after Sam Cane's neck injury he sustained in South Africa, Shannon Frizell and Jordan Taufua are also unavailable for this tour.

"He's the obvious guy to replace Sam and is very much in the mix for next year's World Cup," says All blacks coach Steve Hansen

"We went to the board and requested that we use him with the understanding that he will be coming back to the Crusaders and is contracted to them until the end of 2019."

"They thankfully agreed and Panasonic have been kind enough to agree with us also."

Todd will return home after the game against Ireland and will not be available for the final match against Italy.