The German golfer Bernhard Langer has became the first player to win four times in his 60s on the Champions Tour when he ran away with the SAS Championship in North Carolina by six strokes. 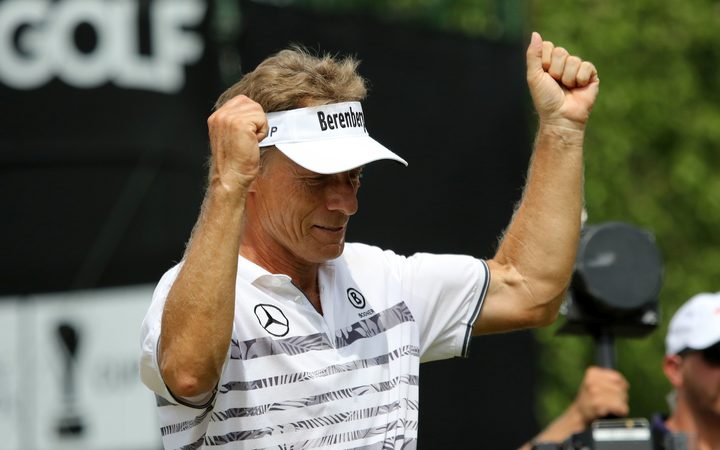 Langer, who turned 61 in August, recorded his 38th victory on the 50-and-over circuit.

He shot a closing 65 to finish at 22-under-par 194 at Prestonwood Country Club.

Langer is within two years of becoming the oldest winner on the tour.

He won seven times last year, and has five runner-up finishes this season to go with his two victories.

American Mike Fetchick is the oldest winner on tour. He won on his 63rd birthday in 1985.

Langer remains competitive in major championships against players sometimes less than half his age.

He made the cut at both majors he contested this year, finishing equal 24th at the British Open and equal 38th at the Masters.