The Auckland discus thrower Connor Bell has won the gold medal in the men's discus at the Youth Olympics in Buenos Aires.

Bell won with a best throw of 66.24 metres, almost seven metres ahead of the rest of the field. 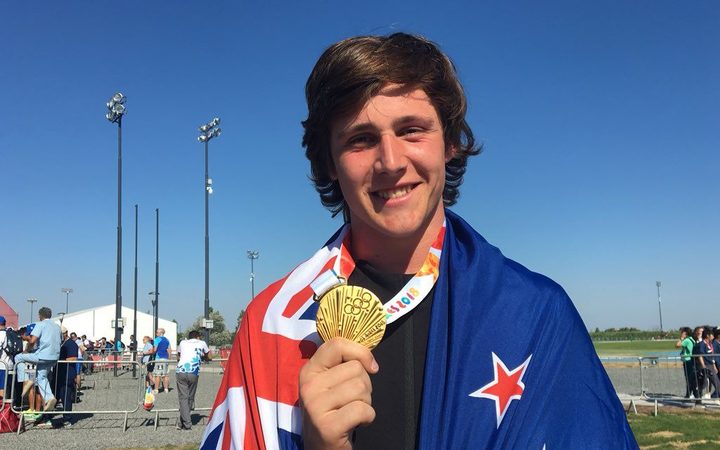 "I am absolutely stoked with how I went out there," Bell said.

"I just feel like I've done an awesome job, coming out here and performing in front of the world's best and I did so well and I'm just really proud of myself."

"To get out on the board reasonably early in the competition was an absolute joy," Bell said

The 17-year-old, who was coached by Dame Valerie Adams for a few months early in his career, admits he felt the pressure coming into the Youth Olympic Games.

"There was quite a bit of pressure coming into this… a lot of emotion and I'm just pleased I was able to pull it off."

For the first time during one of his competitions, the music was blaring and the New Zealand flag hung proud on the stands - and he used it to his advantage.

"I just had a bit of a dance, tried to shake all of the emotion out of me," he said.

"The coolest part was when I went to throw, the crowd disappeared and it was just me and the discuss.

Bell admits he has little time to celebrate the victory, knowing there are more milestones in his career that he'd like to achieve.

"This is a big tick off the checklist, it's a big milestone… but moving forward World Juniors is the next check on the checklist."

And after that, well, the world senior stage is calling too.

New Zealand has won two gold and two silver medals at the Youth Olympics so far.