The young Auckland golfer Nick Voke has won for the third time on the PGA Tour of China. 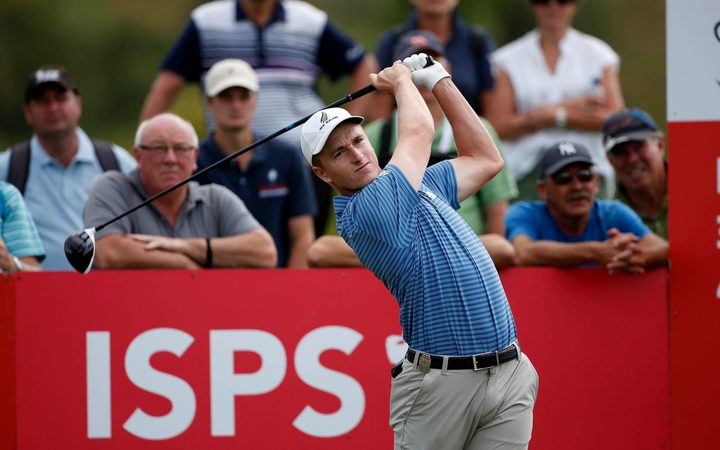 The 23 year old has won the season-ending Clearwater Bay Open in Hong Kong.

Voke finish third on the Order of Merit to secure his 2019 Web.com Tour card in the US.

Voke, 23, continued his remarkable recent run on the PGA TOUR Series-China, which started with a tie for fourth in Suzhou then back-to-back wins in Qinhuangdao and Macau last month. After a tie for 16th in last week's Zhuhai Championship, the rookie pro returned to his winning ways to collect the biggest check presented on the Tour.

"It's been a really awesome run of golf and I'm really excited to see what I do in the next couple of years. This win means a hell of a lot, to be honest with you," said Voke.

"The first couple of victories I managed to come from behind, so to come out here with a five-shot lead and know that everyone is chasing me, it's a different sort of victory. I'm very proud with how I handled myself and how I went out and played today. It's absolutely the greatest pro week I've had so far."

Voke had admitted he was shaking with nerves while in the lead on Saturday, but managed to stay calm in front of big crowds and hold on to the lead by carding four birdies and one bogey. Voke had also made only one bogey in each of his previous three rounds.

"I drove it very well all week and didn't make many opportunities to make bogeys. I only made four in the end so that just summarizes how it was for me out there. Just very solid and steady golf," said Voke.

Meanwhile in Australia, Ryan Chisnall and Harry Bateman have finished on the podium at the Victorian PGA Championship.

Chisnall who entered the final day leading the way was unable to earn his first professional victory after a round of one-over par to finish one stroke behind Queensland Aaron Pike.

A further one shot back was Bateman who ended the week with great rounds of 67 and 68.

Chisnall started the day in perfection after making birdies on his opening two holes to add to his lead, but they would be the only two birdies until the 17th hole leaving him one-shot behind with one to play.

The rookie-professional gave himself a chance with a nice approach shot, but was unable to birdie the last hole to fall just short of a maiden victory on the PGA Tour of Australasia.