Kangaroos coach Mal Meninga concedes Tonga will be fancying their chances of knocking over Australia after the world champions' shock loss to New Zealand. 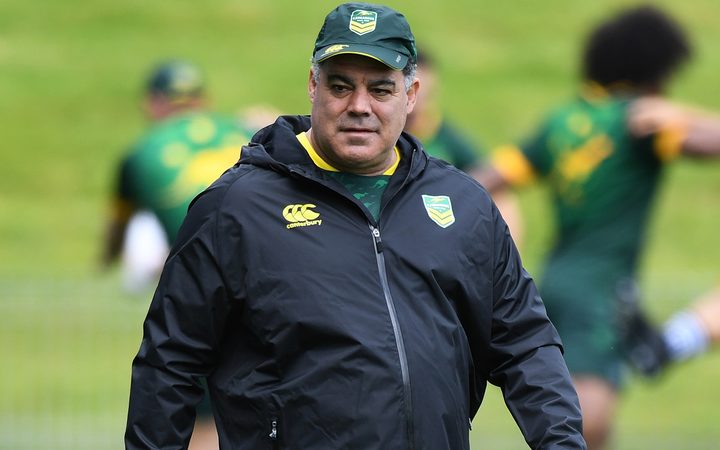 The Kangaroos' new era began with a 26-24 defeat to the Kiwis at Mt Smart Stadium, an outcome which indicated there are set to be some growing pains after farewelling some of Australia's all-time greats.

Australia were toppled for the first time in 14 games and the Mate Ma'a will come into next Saturday's clash at the same venue spurred on by a sold-out 25,000-strong sea of red and white.

"We know what's coming. We know how committed they're going to be," Meninga said.

"We'll be ready for it physically and mentally ... I think they think we're beatable."

While Tonga are stacked with some of the best players in the world in Jason Taumalolo, Andrew Fifita and Tevita Pangai Jnr, a loss to a non-tier one nation would immediately place Meninga and his squad under immense pressure.

Meninga said he would resist the urge to make changes and bring in Reagan Campbell-Gillard or Tyrone Peachey after his side was beaten by the Kiwis for the first time Kiwis since 2015.

The 26-24 scoreline flattered the Australians after they ran in two late tries - scores that could not counter a glut of rudimentary errors.

"The papers tomorrow will be talking about how the Kangaroos are vulnerable," Meninga said.

"We're at a stage in our transition where we have a bit of work to do. But I can assure you we'll be ready for next week."