World No.8 Paul Coll has been knocked out of the US Open squash semi-finals in Philadelphia, beaten in four games by top-seeded Egyptian Mohamed ElShorbagy. 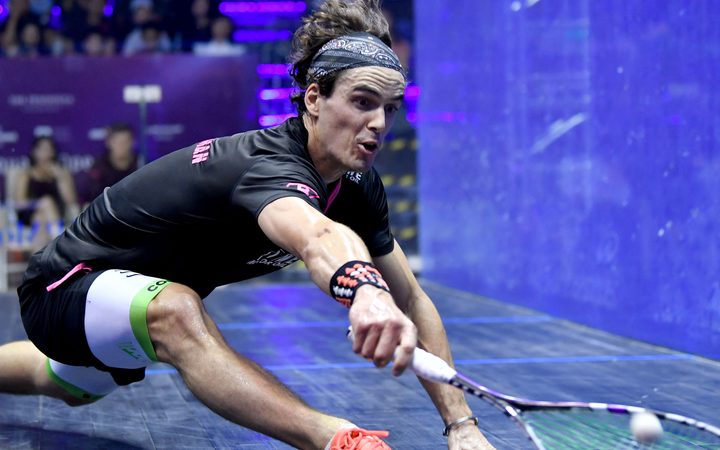 Coll battled back from a lengthy break in the first set after receiving an unintentional knock to the head from ElShorbagy which required bandaging and later stitches.

The blood injury caused a lengthy stoppage at 10-7 but did not seem to disrupt the Commonwealth Games silver medallist as he went on to take the game 11-7 and then started the second brightly.

Coll, 26, took a commanding lead in the second to put him in unfamiliar territory against the Egyptian, who he has yet to beat on the international circuit.

However, the No.1-ranked ElShorbagy showed his customary resilience to level the scores at 8-8 before going on to take the game.

From that moment on it was full steam ahead from the Egyptian, as he put Coll under huge pressure. ElShorbagy was awarded nine strokes in the fourth set before he booked his final place with an 7-11 11-8 11-4 11-6 win in 78 minutes.

Coll, the first Kiwi man in over 20 years to make the semi-finals of such a prestigious tournament, was disappointed with the defeat.

"It is bitter sweet, I felt like I was playing well and handling the situation and he turned it....it's pretty frustrating really," he said.

"I was playing well until a game and a half - he came back and my squash just went away from me and I don't know where it went."

Coll's next tournament is the Channel VAS Championship in England.