The New Zealand rugby league team say their fate lies in their owns hands as they face up to being overshadowed by Tonga in their own backyard. 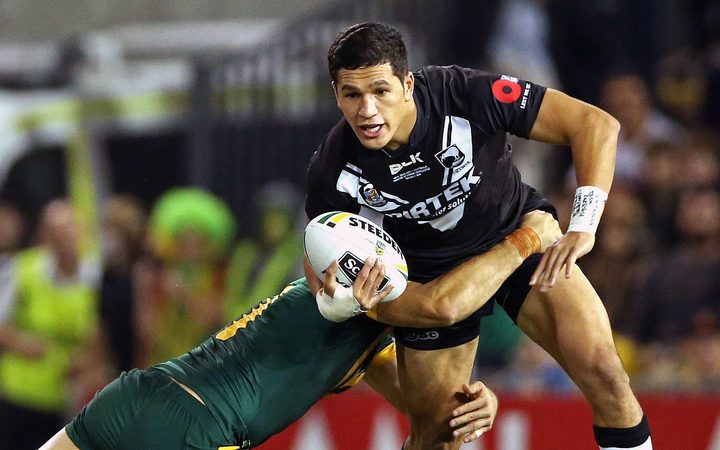 Heading into tonight's Test against Australia at Mt Smart Stadium, the Kiwis have a fight on their hands for the hearts and minds of the New Zealand rugby league public.

A week out from Australia's clash with Tonga, Mate Ma'a fever has swept through Auckland.

Some streets around Mt Smart Stadium are lined with Tongan flags and houses decked out in red and white.

After the likes of Jason Taumalolo, Andrew Fifita and Tevita Pangai Junior turned their backs on representing tier one nations to turn out for Tonga, the Mate Ma'a have received a groundswell of support on the back of their World Cup heroics.

The Kiwis on the other hand have been marred by a string of bad performances and questions are being posed about their culture after Jesse Bromwich and Kevin Proctor's illicit drugs scandal following last year's Anzac Test in Canberra.

New skipper Dallin Watene-Zelezniak said it was up to the side to win back the support of the New Zealand public and believed winning would achieve that goal.

"If we can do it for each other then the fans will just come on board and ride the wave with us," Watene-Zelezniak said.

"The focus is on us and what we do and the fans will follow that."

The NZRL are hopeful of a crowd of 15,000 for Saturday's Test while Mt Smart is expected to be at its capacity of 25,000 the following week for Australia-Tonga.

Asked about the looming threat posed by the Mate Ma'a, Watene-Zelezniak said: "I'm not too upset because I'm Tongan as well.

"It's a good thing for the game. The Tongan people are prideful about their country and where they come from.

"It's just going to build and build and hopefully we can return the favour with our fans."