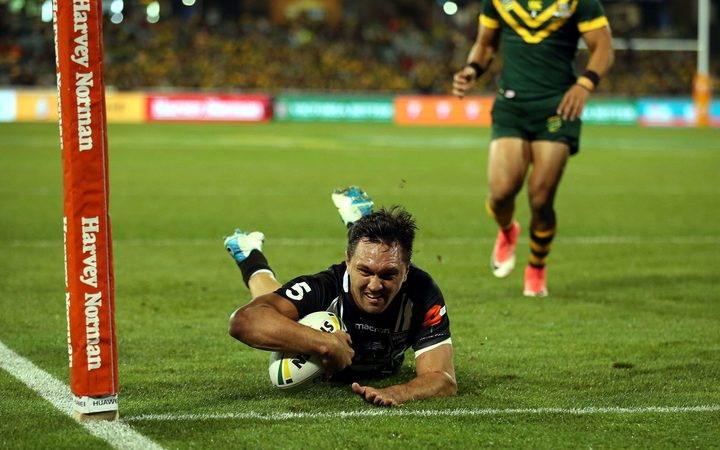 Winger Jordan Rapana has played international rugby league for the Kiwis since 2016 and his younger sister Tazmin Gray is about to follow in his footsteps - only she's playing for the opposition.

Gray, who is the youngest of ten children, was the only sibling born in Australia and raised to play through the New South Wales rugby league system qualifying her to play in the green and gold.

The backrower played for Queensland and reached the grand final of the NRLW season for the Sydney Roosters and whilst unsuccessful in collecting the title made a big enough impression to debut for Australia.

"It's like a dream come true, I'm grateful for my time with the Roosters and my local club. To get this opportunity is massive for me," says Gray

"After coming back from having a baby I didn't expect to be able to reach these goals so soon so for me it was exciting and an honour to represent Australia." 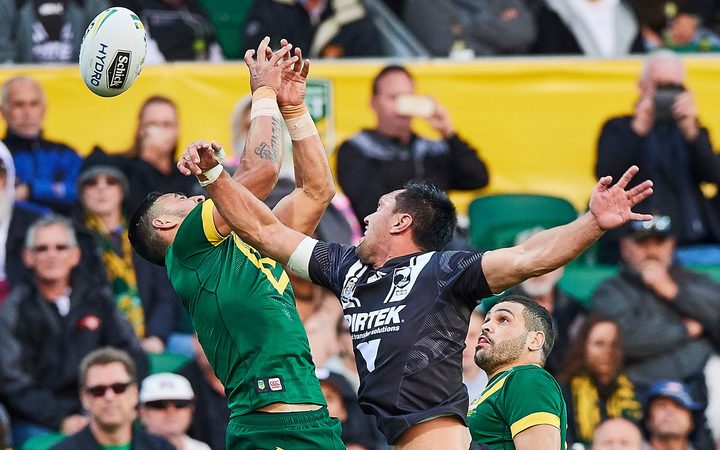 Jordan Rapana contests a high kick in the test against the Kanagaroos in Perth in 2016. Photo: Photosport

Gray gave birth only seven months ago and didn't think an international debut would be possible at this point of her career although big brother Jordan had no doubt.

Rapana admits he would've preferred his sister to play in black and white on the international stage but he acknowledges that all of her hard work has come to this moment.

"I called her a bit of a dog at first but she called me and asked me and I said it's not a question mate play for the Kiwi Ferns," says Rapana

"I always try to tell her you need to work on this, do this, she just says shut up you're on the wing you don't know anything - she puts me in my place."

"I'm proud of her and happy that she chose Australia and I wish her all the best." 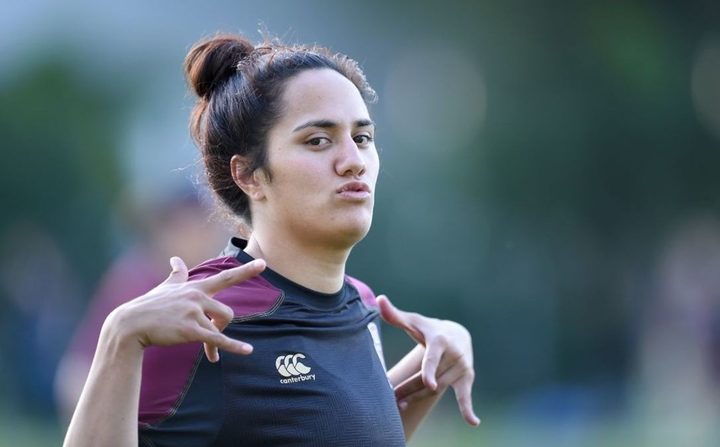 Despite lineage to New Zealand and the Cook Islands the family including their parents reside in Australia and Gray remembers as a child growing up in New South Wales being taught to play rugby league alongside her siblings.

While it was tough trying to be included as the baby of the family she acknowledges it moulded her into the player she is today.

"It's a culture in our family and we love the game so for me to be able to play for Australia and him to play for New Zealand to me is pretty cool," says Gray

"I'm the girl so it's kind of hard to weigh up who has the better skills but I grew up on the back end of them so I had no other choice but to be rough."

"I had to be able to hold the ball or I would get steam rolled because I had no other choice but to play with them."

Gray is one of six debutants named in the Jillaroos and will face familiar foes in Kiwi Ferns backrowers Teuila Fotu-Moala and Maitua Feterika who starred for the Brisbane Broncos who she met in the recent NRLW final.

Brother Jordan will make his first appearance under coach Michael Maguire after missing out on the Denver test against England after tearing a hamstring in NRL.