Taranaki's Jarrad Hoeata and Canterbury's Daniel Lienert-Brown have received five-week suspensions after both were red carded in the Canterbury's 47-7 win over Taranaki in Christchurch last Saturday, ending their domestic rugby seasons. 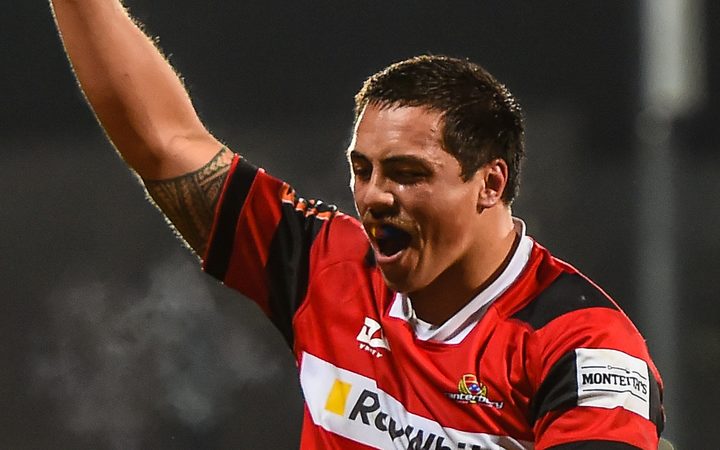 Hoeata was sent from the field by referee James Doleman in the sixth minute of the match after retaliating to being pushed, by punching an opposition player in the head.

The judiciary found that Hoeata's action was deliberate and was deemed a mid-range offence with an entry point of six weeks.

An additional week was added because of Hoeata's previous judicial record, but a reduction of two weeks allowed as a result of Hoeata's immediate admission of wrong-doing and apology which resulted in the final suspension for five matches.

Hoeata will miss Taranaki's last round robin fixture against Wellington on Friday and four further matches yet to be confirmed.

Canterbury's Daniel Lienert-Brown was red carded in the second half of the same match for head butting an opposition player.

The judiciary considered submissions from the player who claimed he misjudged the distance between himself and the opposition player but admitted his wrong-doing and had earlier voluntarily offered an apology to the other player.

The entry point sanction for what was found to be mid-range offending is ten weeks, but Lienert-Brown's clean record, immediate admission and apology earned him a 50 percent reduction in sanction.

Lienert-Brown will miss five matches, including Canterbury's clash with Counties Manukau on Saturday and their upcoming play off matches.

Canterbury are in third place and assured a semi-final spot in the top tier Premiership.

The two further matches he will miss are yet to be determined.