Aucklander Dylan McCullough has won New Zealand's first medal of the Youth Olympics in Buenos Aires with victory in the triathlon.

McCullough built up a 13 second lead on the 20km bike leg and then extended that on the 5km run to the finish.

"It was a very special feeling crossing the line today," McCullough said.

"I didn't look back the whole run.

"I could just hear everyone screaming 15 seconds! [The pack] are closing in," he said. 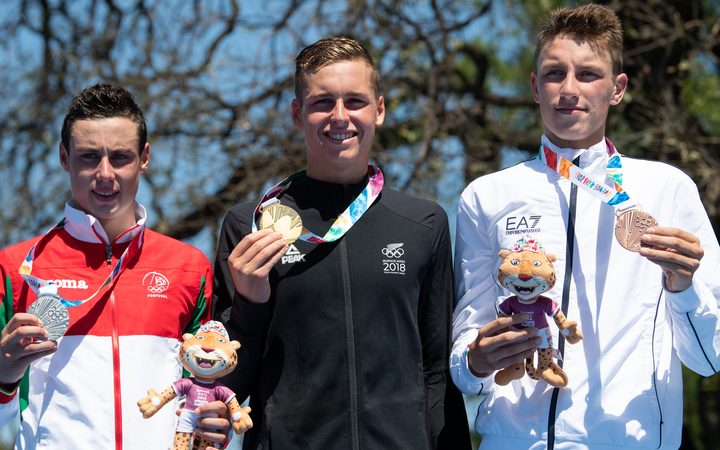 "I thought it was pretty touch and go heading into the run so yeah… to look back on the finishing straight and know I couldn't see them - it was very cool."

McCullough admitted he felt the nerves coming into an event as big as the Youth Olympic Games, but his mentor - former New Zealand international triathlete Rick Wells - was right alongside him the whole way.

"It's a highlight of my life to watch that, just great to see, real heart in your mouth kind of stuff," Wells said. 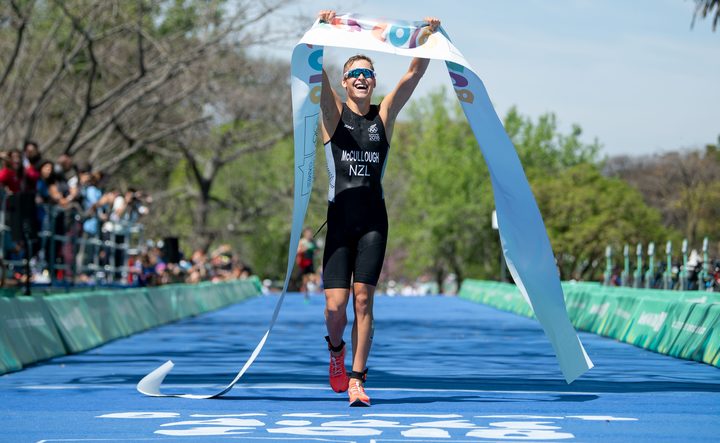 "It was emotional, I didn't think I'd get emotional but I did… there was a tear in my eye."

There was also a sense of relief and excitement for his family.

"I think there was a bit of expectation on him coming into this," his brother Matt said. "We're just so stoked for him."

But there will be little time to celebrate, with McCullough will also line up alongside Brea Roderick for the Oceania team in the mixed relay later in the Games.

New Zealand athletes also combined with the Australian pair in the Mixed Relay Team Event to win silver in 2010 and bronze in 2014.