It's been a mixed opening day of competition for New Zealand athletes at the Youth Olympics in Buenos Aires.

There was disappointment for BMX riders Jessie Smith and Cailen Calkin, with the Waikato pairing finishing fifth in the mised teams event.

"We've both been World Champions but to represent New Zealand has been such a privilege."

The pair had been hoping for a podium finish but weren't able to crack the top three in their finals. 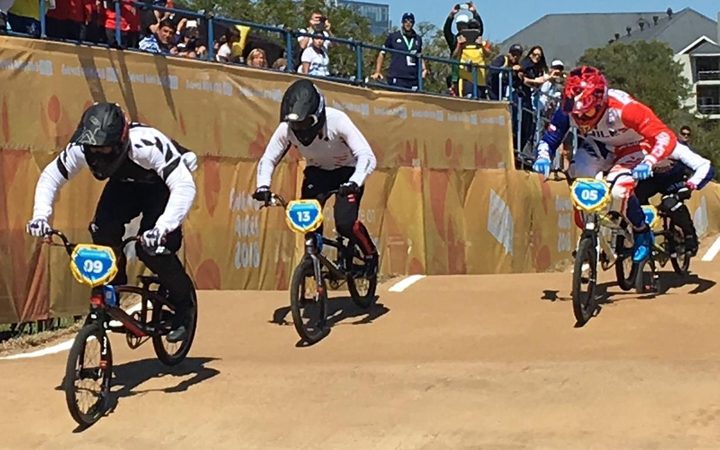 "I'm a little disappointed," Smith said. "It is the Youth Olympic Games so I don't think I can stay unhappy for that long… I tried my best and that was the best for me today."

Sport climber Sarah Tetzlaff flew up the speed wall to set a New Zealand record as the sport made its Olympic debut.

The Tauranga based 18-year-old hit the top buzzer in a time of 12.72s, shaving off almost half a second from the previous record of 13.14.

"It's pretty special, and my mum, dad, brother and aunty have all come over to watch me which is awesome.

"Having sport climbing in the Olympic Games is really cool, it's inspiring lots of kids to get into the sport too which is neat."

At the triathlon Brea Roderick produced a solid swim, bike and run to finish 9th in the spring event.

"I was super stoked with how I went out there today given the conditions were pretty tough."

Roderick was in third place coming off the bike leg but dropped down the pack in the run.

Roderick will race again in the team triathlon competition alongside teammate Dylan McCullogh on October 11th.

In the table tennis arena New Zealand were treated to a tough opening day.

The 14-year-old Nathan Xu went down 4-0 against his Romanian opponent, while Hui-Ling Vong was defeated by the same margin in her match against a Brazilian. 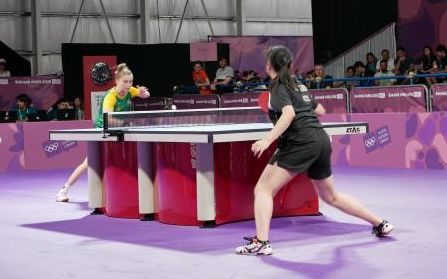 Xu was pragmatic about his defeat and believes he'll learn from it.

"I competed pretty well in the first two sets and managed to put him under a lot of pressure which was my goal.

"He's one of the top juniors in the world so I was pleased with that."