A strong start and finish wasn't enough to prevent the Silver Ferns from slipping to a 57-42 loss in the opening match of their four-test Constellation Cup series in Brisbane on Sunday. 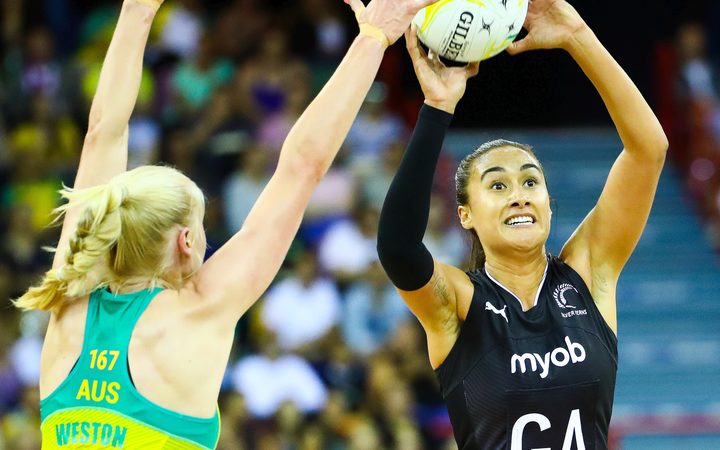 A drawn first quarter provided plenty of positives, but the Silver Ferns lost ground during the middle two terms before coming home strongly to win the last spell.

"We said right from the outset we wanted consistent performances and we definitely didn't do that today.

"Straight after the game all of us identified those soft errors. I was guilty of a number today. It's just not good enough and not international standard.

"We've got to sort that out and that will put us in the fight when that happens."

After two cameo appearances in her short Silver Ferns career, teenaged shooter Aliyah Dunn was handed her first start in the most testing of conditions while Michaela Sokolich-Beatson again got the nod at wing defence.

In the final quarter, the experienced pairing of Maria Folau, at goal shoot, and goal attack Te Paea Selby-Rickit provided more efficiency and accuracy on attack as the Silver Ferns competed effectively.

Folau shot 26 from 29 to lead the New Zealand shooters, while Caitlin Thwaites was particularly impressive for Australia in sinking 21 from 21.

The Diamonds looked composed in recovering from a slow start, coach Lisa Alexander giving all 12 of her squad court time.

She made a host of changes at half-time, and her players responded as the Diamonds outscored New Zealand 20-11 to put the win beyond doubt.

The two teams will meet again in Townsville on Wednesday before ending the series with games in Hamilton on October 14 and in Wellington four days later.