He may well have been 40 minutes from losing his job, but the 40 minutes that followed but ensured Wallabies coach Michael Cheika will see out his contract at next year's Rugby World Cup. 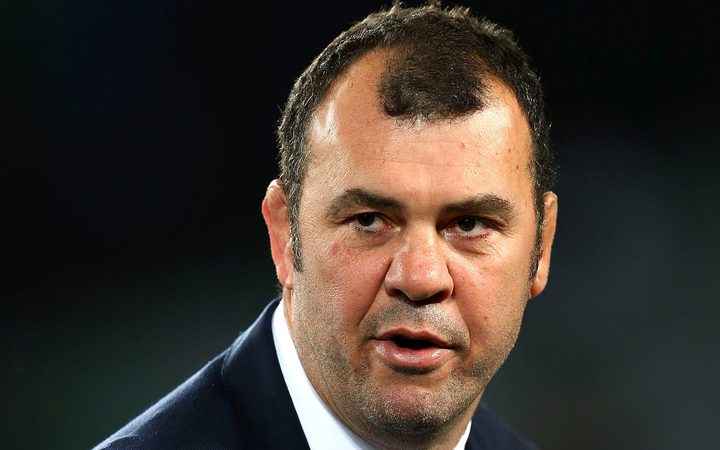 Cheika's position looked untenable at half-time, with Australia trailing Argentina 31-7 in the Rugby Championship wooden-spoon battle after one of the worst halves of rugby they've played in recent memory.

But the record-breaking turnaround that followed to win 45-34 appears to have salvaged his status as the man to take them to the World Cup in Japan.

Whether there are tweaks to his coaching staff remains to be seen after an inconsistent and often disappointing home international season.

Rugby Australia chief executive Raelene Castle was reportedly considering parachuting an ex-test great like George Gregan or John Eales into the set-up to act as an extra sounding board for Cheika, or to challenge his selections.

On the basis of the atrocious first half in Salta, there might be a case for a circuit-breaker of some description.

It's a prospect Cheika isn't keen on, and one it appears he'll fight heavily in his pending Rugby Championship debrief with Castle.

"I don't know who's saying that stuff about changing people," Cheika said.

"Like I've said many times, these are tough times. They come and go and you've got to be a tough person to get through it.

"We've got stuff we've got to improve, everyone does - coaches, staff, players, everyone.

"That's what we're here to do, is to get better and go forward and get to the goal that we share together as a team, and that's to lift the World Cup."

Cheika and his assistants have been heavily criticised during Australia's barren test run this year but their scintillating play in the second half against Los Pumas provides them with a degree of vindication.

Asked if the players had effectively saved Cheika's job, fullback Dane Haylett-Petty said: "I'm not sure. We've got full confidence in Cheik.

"I said a few weeks ago we know we're edging in the right direction but it's just a bit too inconsistent at the moment and it's up to the players, we need to respond better and we did that in the second half."