Commonwealth Games gold medalist David Nyika confirmed his status as the best amateur boxer at the New Zealand national championships when he was awarded the prestigious Jameson Belt. 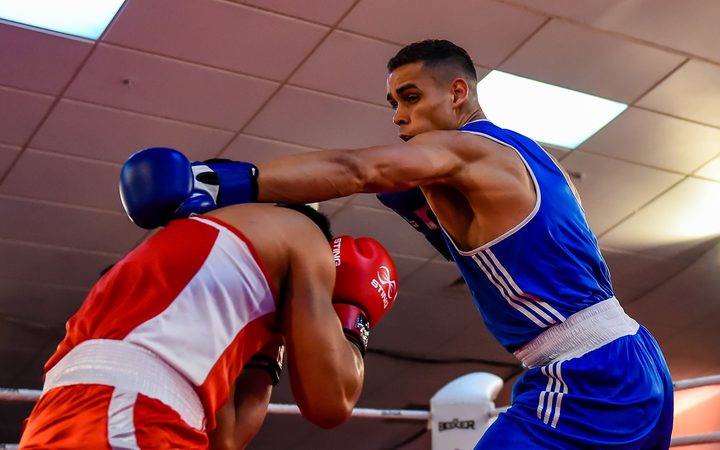 The Jameson Belt which dates back to 1927, is awarded at each National Championships to the most scientific senior male boxer. Nyika became just the second heavyweight to win the Nationals big prize following on from Shane Cameron in 2001.

Boxing in the Auckland Boxing Association singlet, the dual Commonwealth Games champion took his second heavyweight title, stopping Canterbury's Trevor Swainson in round two. Nyika spent less than three rounds in the ring with the referee waving the contest over in both bouts.

Three male and four female boxers retained their titles that they won at the 2017 National Championships in Rotorua. The Flyweight rematch was an all-action contest, with local favourite Ryan Entese again edging 2015 titleholder Ivan Pavich (Waikato) in the final, taking out another split decision.

Commonwealth Games Bronze Medalist Troy Garton, was one of four female boxers to retain their National titles. The Auckland Lightweight controlled the action against Michelle Nuku (CNI) to earn a unanimous decision from the five judges.

Che Kenneally (Auckland) was another to post a clinical victory when she beat Chrissy Read (Canterbury) by unanimous decision. Deanne Carpenter-Read made up for her disappointment last year, when she lost to Che Kenneally in Rotorua, dropping down to the Welterweight division to defeat Ari Adlington in a reasonably close contest.