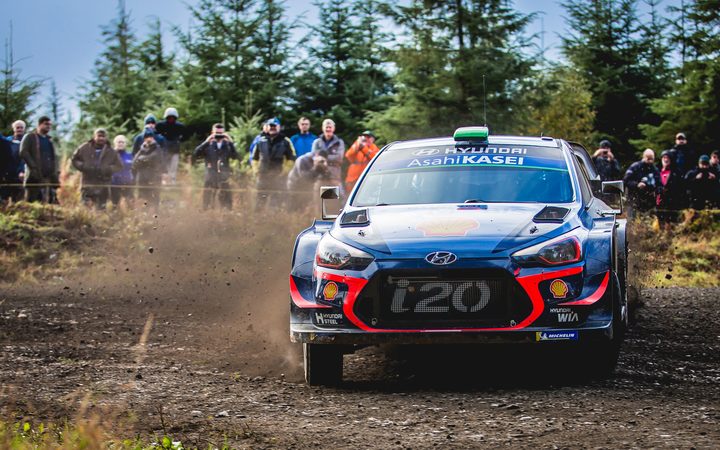 All top eight WRC drivers have overall times within one minute of Ogier, so intense is the competition after two days and 261 km of rallying.

In what Paddon described as an up and down but generally clean day, he and Marshall started Saturday's 15 hours of driving and nine stages with a second fastest time through SS10.

Running third on the road, they also managed the third quickest time through SS17, the day's penultimate test, but a wrong tyre choice in the morning for the muddy conditions, and a stall on the last stage hampered them a little. But, Paddon says there is still plenty to fight for on Sunday.

"We have had another clean day with no real problems. The car has felt good on most of the stages, although we were missing some traction at times. Overall, I have been happy with the balance and have felt comfortable and in control," says Paddon

"It has been closely fought throughout the day so we have been searching for very small improvements. We will continue to find some gains on Sunday morning with five stages still to run and important points up for grabs."

The rally culminates with a second pass over the asphalt Great Orme Llandudno stage, which winds around the coastal headland before diving into Llandudno's streets to finish on the promenade.