Kurtley Beale was a "frustrated" man as Australia's starting first five-eighth and will be happy to be back at inside centre for the Wallabies' final Rugby Championship test against Argentina, captain Michael Hooper said. 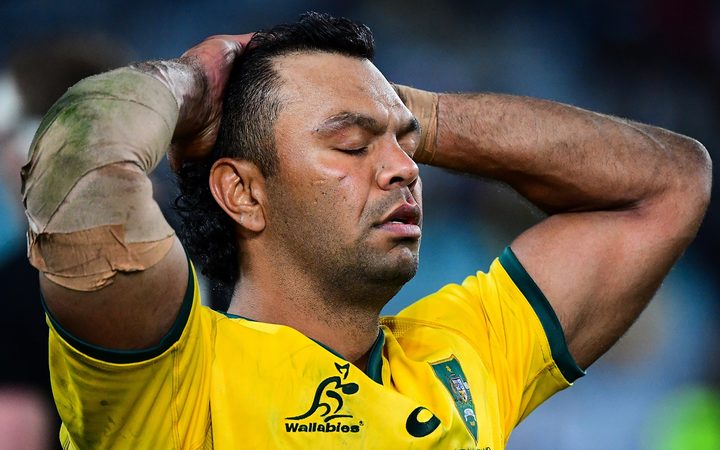 Beale replaced incumbent Bernard Foley in the pivotal position for the last three tests as coach Michael Cheika sought to "shake up" a moribund attack.

But Beale was unable to spark the team, with the Wallabies losing their last two matches against Argentina and South Africa after sneaking past the Springboks in Brisbane.

The Wallabies have now gone back to square one, with Beale and Foley back where they started for Saturday's match in Salta.

"I'm excited for him, he's been a little bit frustrated with not being able to click and get things (going) and being able to run in a try," Hooper told reporters in Salta.

"I know that's what he wants to do, ball in hand.

"I'm keen to see how we've developed in the past week and that improvement that I think we took out of that South African game.

"It's starting to get a bit more flowy, running rugby there."

Few in Australia would agree with Hooper's assessment of a team that proved unable to breach South Africa's stonewall defence in Port Elizabeth last weekend, despite dominating territory and possession in the second half.

Having slumped to seventh in the world rankings, the Wallabies could finish bottom of the southern hemisphere tournament for the first time since 2009 should they fail to beat Mario Ledesma's Pumas.

That would trigger further calls for Cheika's head a year out from the World Cup in Japan.

Hooper said he was happy for Australia to be rated underdogs against Argentina, a team they would once never have ranked as equals.

"A lot of the time it's us as a nation, the underdog thing and backs against the wall thing and being fighters there," he said.

"Certainly, we've had performances like that in the last couple of years. Tomorrow night we will do the talking and get out there."