The inspirational Tonga skipper Sika Manu has been cleared of a knee injury and will lead the Mate Ma'a in their historic rugby league Test against Australia in Auckland in a fortnight.

Coach Kristian Woolf is breathing a sigh of relief after confirming Manu in his 19-strong squad for their first Test against the world champions.

Just weeks ago, Woolf thought he would be without Manu with media reports claiming he had suffered a season ending knee injury playing for Super League side Hull FC. 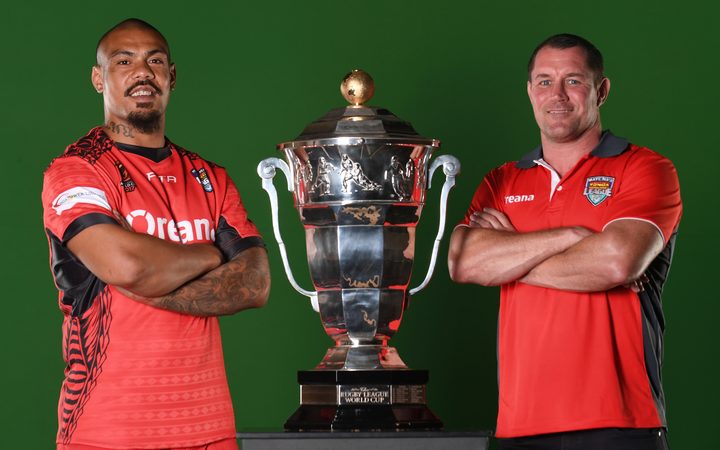 "To be able to have Sika Manu in as a leader for this squad is a big plus," said Woolf.

"This group has shown a commitment to their country of heritage and we are pleased with the calibre of the squad we have been able to name.

"We realise there is a huge challenge ahead of us in playing the current World Cup holders, so we are extending every resource we can to give this challenge our absolute best effort."

Only one member of the 19-strong squad did not take part in Tonga's stunning run to last year's World Cup semi-finals - Manly's Addin Fonua-Blake.

Tonga will travel to New Zealand next week for a pre-match camp in Hamilton.