South Africa have drafted number eight Francois Louw back into the team after an emergency call-up as one of three changes to face the All Blacks in their Rugby Championship test at the Loftus Versfeld this weekend. 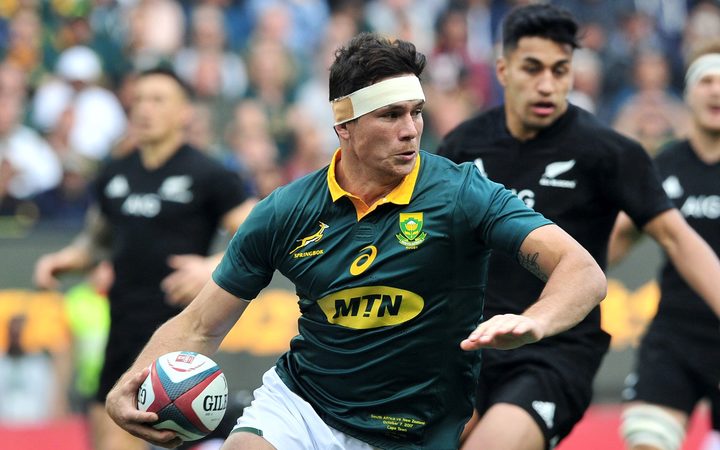 Louw had gone back to play for Bath in the English Premiership after featuring for the Springboks in their opening four matches of this year's Rugby Championship.

Yet he was recalled for the last game of the competition against the All Blacks after Warren Whiteley suffered a training-ground injury.

He played for Bath last Saturday and then flew out to rejoin the Bok squad.

Sikhumbuzo Notshe started at number eight in last week's 23-12 win over Australia but has been dropped to make way for Louw, whose experience is preferred in order to counter the return to the New Zealand side of their captain Kieran Read.

South Africa coach Rassie Erasmus again preferred Steven Kitshoff to veteran Tendai Mtawarira at loosehead, as he did last month when South Africa upset the All Blacks with a 36-34 victory in Wellington.

Mtawarira started last week against Australia in Port Elizabeth with Kitshoff replacing him in the second half.

Damian de Allende has overcome a shoulder injury and returns to centre in place of Andre Esterhuizen.

"Damian has trained very well and took full contact this week, so he is ready. Notshe played well against the Wallabies last weekend and will offer us something different when he goes on, but Flo (Louw) has a lot of experience and is good on the ground," said Erasmus.