All Blacks coach Steve Hansen sees the Rugby Championship test against South Africa as a chance to lay down an early marker for when the two rugby superpowers clash at next year's World Cup. 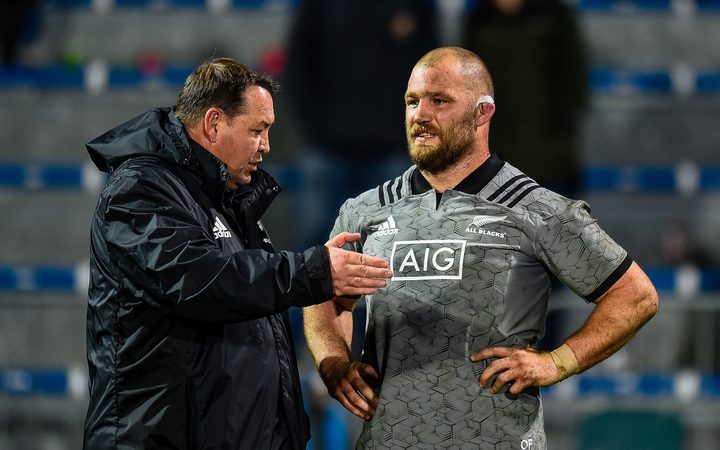 The Springboks host the All Blacks at Loftus Versfeld in Pretoria in the last game for both in this year's tournament and have also been drawn together in the same group at the World Cup in Japan, where they will meet in Yokohama on Sept. 21 in the opening Pool B game.

Last month South Africa, who have taken some heavy beatings from the New Zealanders in recent years, upset the odds to win 36-34 at Wellington to breath some intrigue back into their rivalry.

"There's some belief there now, not only for the players but for everybody who supports South Africa," Hansen told a news conference on Thursday.

"They did well against us, and showed an improvement in the recent game against Australia. They're winning, and if they beat us again that confidence is only going to grow.

"We're playing them in that pool match at the World Cup. That's going to be a colossal game. Whoever wins this one will take something forward. It's important we don't lose this week."

Hansen, who coached New Zealand to the 2015 World Cup and a sixth successive Rugby Championship when they won in Argentina last week, suggested the rare defeat at home to the Boks could yet be turned into a positive.

"If you keep winning all the time, you do subconsciously miss a few things. We were under the pump in Wellington and we made some poor decisions," he said.

"The more you get put under pressure, the more you're able to cope with it. It's a skill you learn. This team hasn't had a lot of adversity chucked in its face. Individually or as a group. So it's something we have to learn from."